SOUTH BEND, Ind. -- If you've been on social media over the last several days, you've probably seen a post -- or multiple posts -- about a potential snowfall coming early next week. 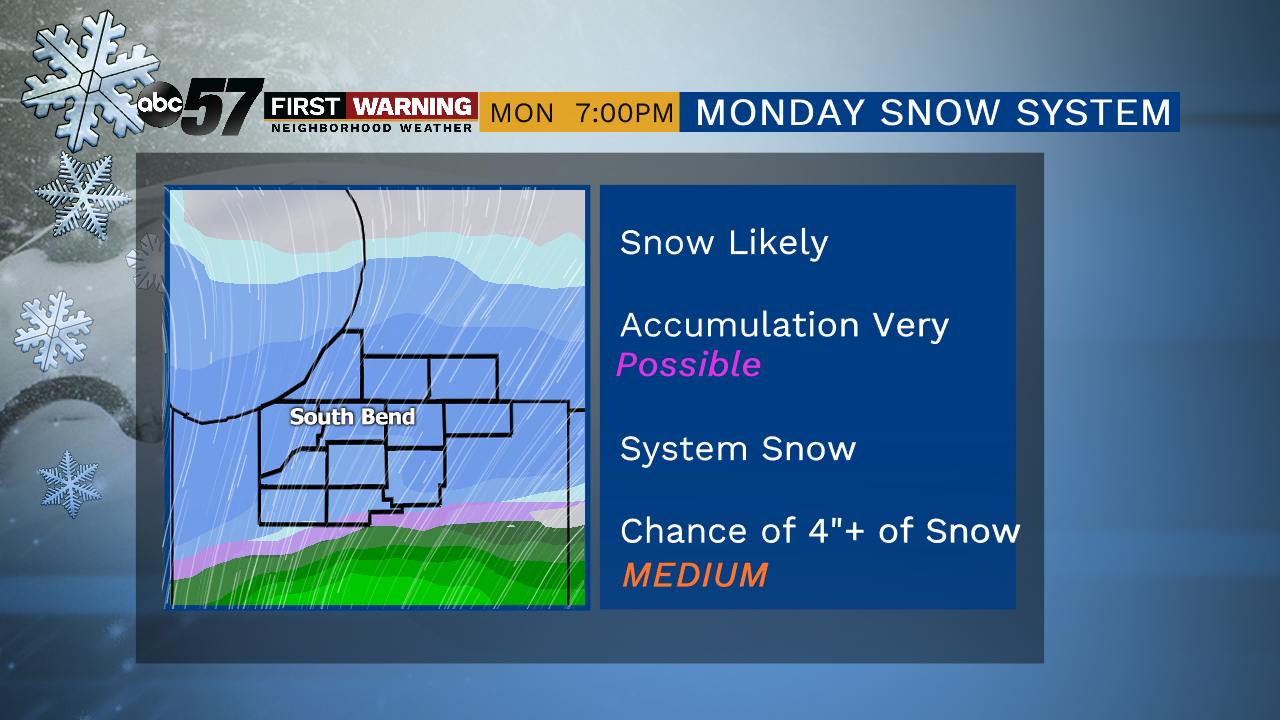 And they're right. At least to an extent.

There's still too much uncertainty to discuss exact details, but there will likely be a stronger storm system moving from west to east across the country Sunday through Tuesday of next week.

And Michiana is likely going to be right in the middle of it all. 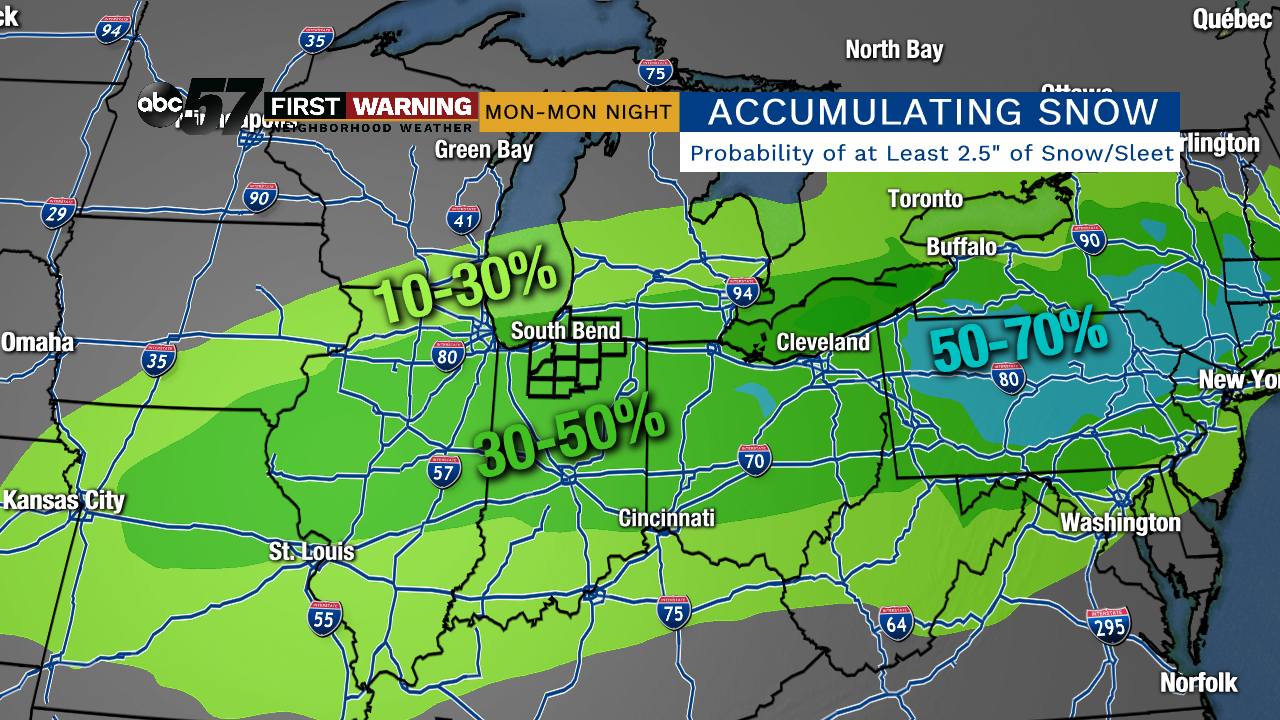 As of Friday morning, most forecast models agree on steady snow falling for several hours on Monday, likely resulting in at least some accumulation.

Thus, the Weather Prediction Center has placed all of Michiana in its 30-50% (medium) chance category for receiving at least 2.5" of snow between 8 a.m. Monday and 8 a.m. Tuesday. 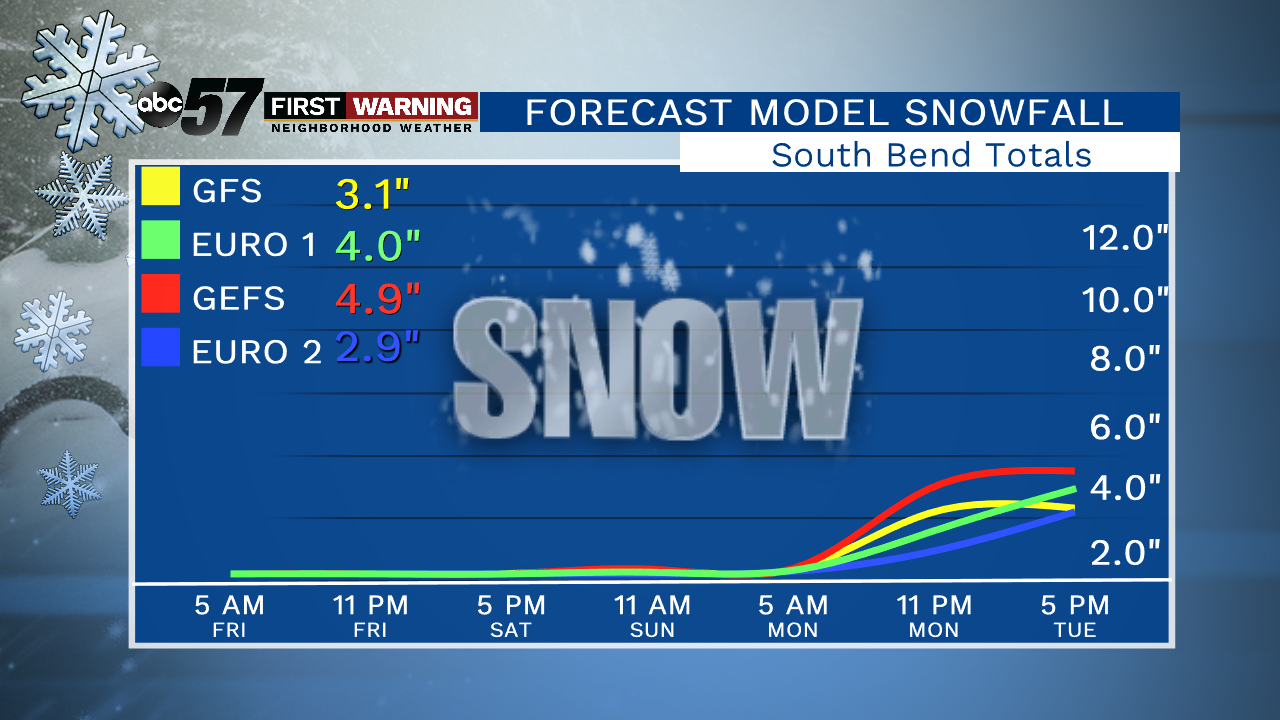 Forecast snowfall according to four different long-range forecast models.
Regarding accumulation amounts, it's too early to throw out exact totals, but four of the main forecast models our meteorologists use come up with an a rough average around 3.7" or so.

With the setup and what is expected to happen, that number is a pretty good "first guess" for how much snowfall we're looking at in South Bend. 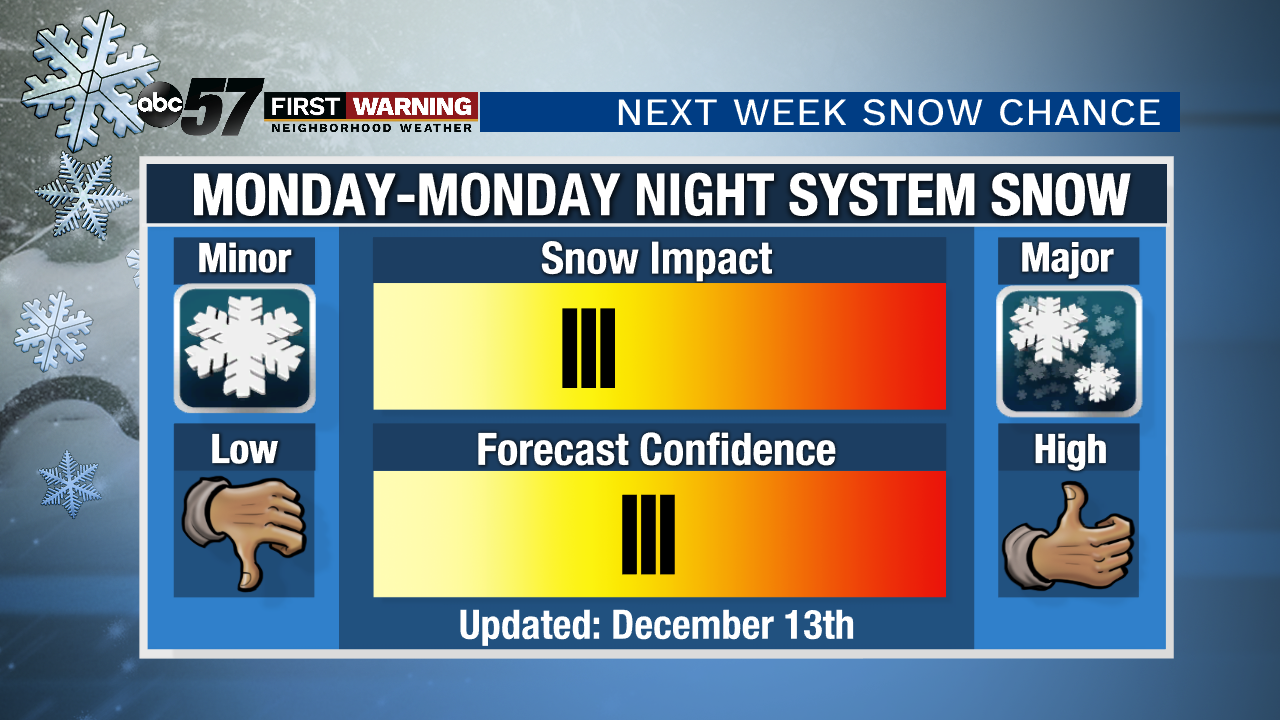 As mentioned above, this system and its resulting impacts are by no means set in stone quite yet.

Confidence has grown overall regarding when the system will hit and what it will bring snowfall-wise, but things will likely change at least somewhat over the weekend.

It'll be important to stay with ABC 57 throughout the weekend to get the latest hour-by-hour updates as the storm gets closer and finer details become more evident.

What does look pretty certain despite it only being Friday is that this will not be a "blockbuster" snowstorm. A crippling snow event is simply unlikely with the ingredients we'll have in play.