A reporter in Buffalo tells ABC 57 about their snow troubles 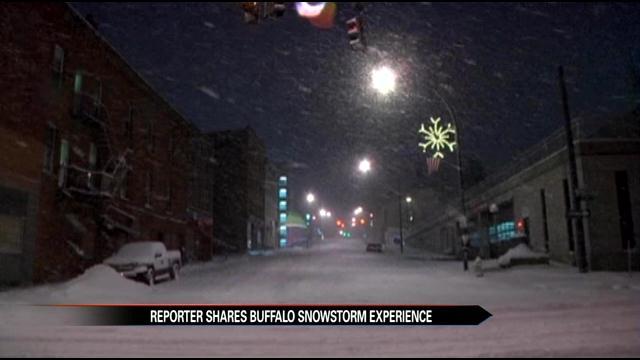 Snow has been a very big issue for the residents of Buffalo, New York lately, as some of the city has seen over seven feet of accumulation.

Friday afternoon, ABC 57's Brian Dorman spoke with Ed Drantch, a reporter for our ABC affiliate in Buffalo (WKBW), and asked him what their working conditions have been like lately.

"This has been a five day ordeal and it's not over yet. Our crews who live in the south towns either got stuck covering the storm or couldn't get out of their house. Some of our crews got stuck on Tuesday and had to sleep on the floor of a police station because they couldn't go anywhere," said Drantch.

Ed Drantch also said that his team has been working around the clock, even bringing in reporters from other cities, such as Detroit and Cleveland, as the trouble in Buffalo continues.

"We aren't out of the woods yet. Snow wise, we're clear now, but the fact is we're expecting a warm-up in the next couple days and because we are close to the lake, because there are creeks and streams that run through the area they will likely overflow. With all of the snow that's going to melt, we are going to be over-run with water," said Drantch.

Flooding is the main concern now in Buffalo, as temperatures are expected to rise above freezing over the weekend.