A routine traffic stop leads to a stolen gun, drugs, and 2 people in custody. 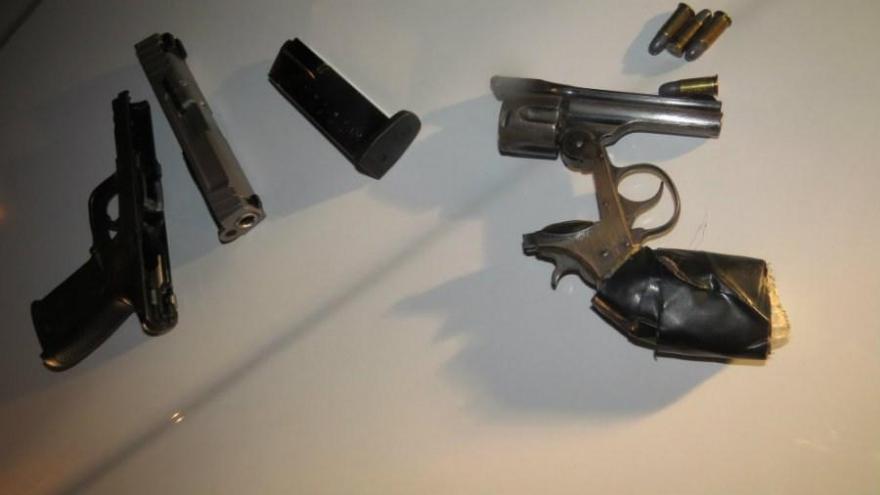 A routine traffic stop leads to a stolen gun and drugs, ending with 2 people in custody.

During the traffic stop officers detected the smell of marijuana inside the vehicle.

Troopers asked the occupants to then exit the vehicle, upon doing so 2 Smith & Wesson guns were found on a subject.

The silver .38 revolver had the serial numbers damaged in attempt to remove them, and the .40 semi-automatic pistol had been reported stolen through the Michigan City Police Department.

Ward was also arrested and charged with Possession of Marijuana.

The driver of the vehicle, Hart, was ticketed for Driving While Suspended, but did not get arrested.