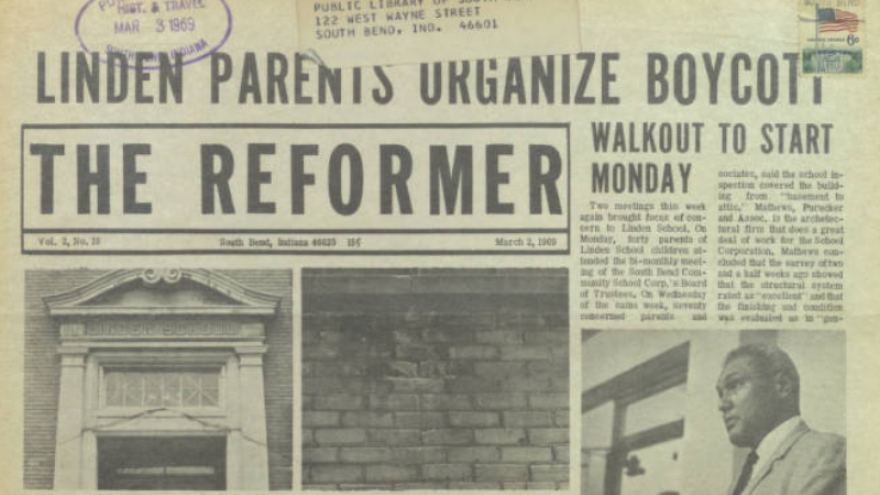 Linden School, once located at 1522 Linden Avenue, opened in 1890 and by the 1960’s, almost 100 percent of the school’s students were African American.

The NAACP led a lawsuit to integrate Linden’s students into other local schools in 1966 when the building began to deteriorate. One classroom ceiling even collapsed.

Linden School was later demolished after students were integrated with Kaley School.

In 1973, the current Martin Luther King Jr. Recreation Center was built next to the site of the former school.

Linden School is one of the stops on the IUSB Civil Rights Heritage Center’s African American Landmarks of South Bend Tour.