A teen took his life; now his family is suing his school and the police 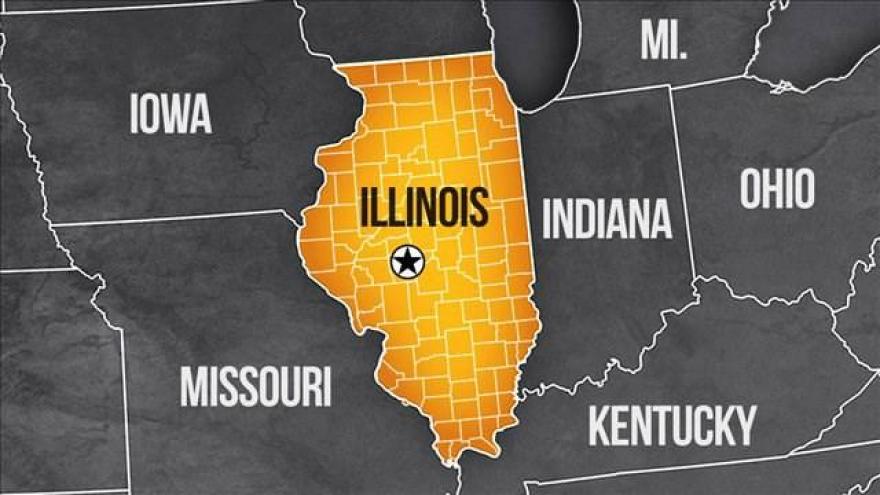 (CNN) -- On January 11, 16-year-old Corey Walgren walked from his school in Naperville, Illinois, to the top of a parking garage and jumped.

Until that moment, Corey's family and friends had known him as a happy kid, a good kid; someone who would never think of taking his own life. What changed?

The boy's family says all it took for Corey to lose all hope was a short, irresponsible conversation with a police officer and a school dean. Now, they are suing Corey's school and the Naperville Police Department, claiming they violated his rights, falsely threatened him and caused him "conscious pain and suffering."

'Scared him to death'

Corey was a junior at Naperville North High School. On the day of his death, he was having lunch with friends when he was asked to report to the dean's office. There, he was met by Brett Heun, a Naperville police officer, and Stephen Madden, the high school's dean, the lawsuit claims.

They allegedly wanted to speak to him about a recording of a consensual sexual encounter Corey had had with another 16-year-old student. He had recorded it, and according to the Chicago Tribune, the girl in the recording had talked to the dean and was worried Corey may have shown it to friends.

Heun and Madden told Corey he was being investigated for child pornography, and asked to see his phone, says the lawsuit, which was filed Wednesday. There, they found the recording. According to heavily redacted police reports viewed by the family's attorney, the video was so poor and dark, it was essentially an audio file.

Nonetheless, the officer and the dean told Corey he may have to register as a sex offender, the lawsuit says. At some point, they called Corey's mom, Maureen Walgren, who heard the threats.

"What they told his mother and him, it is absolutely erroneous and false," Terry Ekl, the family's attorney, told CNN. "At that point in time you would have to be brain dead to think that what he had on his telephone could ever be construed as child pornography."

Maureen Walgren agreed to come pick her son up, and the men agreed to keep Corey at the school until she showed, the lawsuit says. Somehow, in between the time the meeting ended and Walgren arrived at the school, Corey disappeared. His body was found at the foot of a parking deck hours later.

"I think they wanted to scare him straight," Maureen Walgren told the Chicago Tribune. "Instead, they scared him to death."

The school and police respond

"Our main concern with any matter involving students is fairness, discretion and objectivity," the high school told the Chicago Tribune before the suit was filed. "The school district feels confident that we handled this issue appropriately and engaged the right officials pursuant to the protocols and procedures that govern student affairs."

When CNN contacted the school, officials provided an updated statement:

"Our hearts go out to Corey's family and friends and to all the students and members of the Naperville community," it reads in part. "We continue to offer grief counseling to our students, but as this is now a matter of litigation we are not able to comment further.

"We are confident the school resource officer followed proper policies and procedures," he said in a statement to CNN. "The City and Police Department remain committed to supporting and serving the students and families of our community."

Was it child pornography?

One of the biggest concerns in the case, Ekl says, is that the two men appeared to tell Corey things that had no basis in truth, whether to intimidate him or stress the potential seriousness of the situation.

According to Illinois state law, child pornography requires a visual element. Furthermore, Ekl says there was no official evidence to suggest Corey was under investigation or that he was facing a situation that would reasonably land him on a sex offender list.

The Walgrens were disturbed that the officer and the dean appeared to treat the situation like an interrogation, the lawsuit says.

"What they did is they violated state law," Ekl says. "They knew when they said it that he couldn't ever be a registered sex offender, or they should have known. To go ahead and threaten after they knew -- or should have known -- is really egregious."

Searching for accountability, they say

Pursuing a lawsuit after such a tragedy is a tough decision to make, says Ekl, but Corey's parents are moving forward because they want change -- and accountability, he said.

"The school really has not accepted responsibility for what they did," Ekl says. "The school and the police department have publicly said, we followed our own procedures we did nothing wrong, we are going to continue to do things that way."

The lawsuit alleges Corey was "left to suffer the extreme, excessive and intolerable psychological and emotional distress and the associated physical effects without any assistance, guidance, care or custody of his parents."

Before the incident, Corey had never had any disciplinary issues, his family contends. He loved hockey and his family. The night before his death, he and his parents were discussing where he might go to college.

"[His parents] did not have the slightest inkling that he would ever do something like this. He had no depression, he was popular and happy," Ekl says.

"You take a kid like that, and then an hour later, based on what the school did, he decides it's so bad he wants to take his life?"