A very wet weekend thanks to massive storm

NOW: A very wet weekend thanks to massive storm

Over the last two days, we've picked up quite a bit of rainfall! From Saturday alone, we saw 1.20" of rain, which broke the daily rainfall record for April 14th at South Bend Airport. Add that to the extra rain we got just yesterday, and our 2-day total was just over 2 inches. The first 13 days of the month only saw 0.49", below where we should have been. The weekend made sure to change that.

The Climate Prediction Center has Michiana, and all of the Great Lakes and Central Plains, under a 33% chance of seeing a wetter than normal end of April, so keep that rain gear close by. 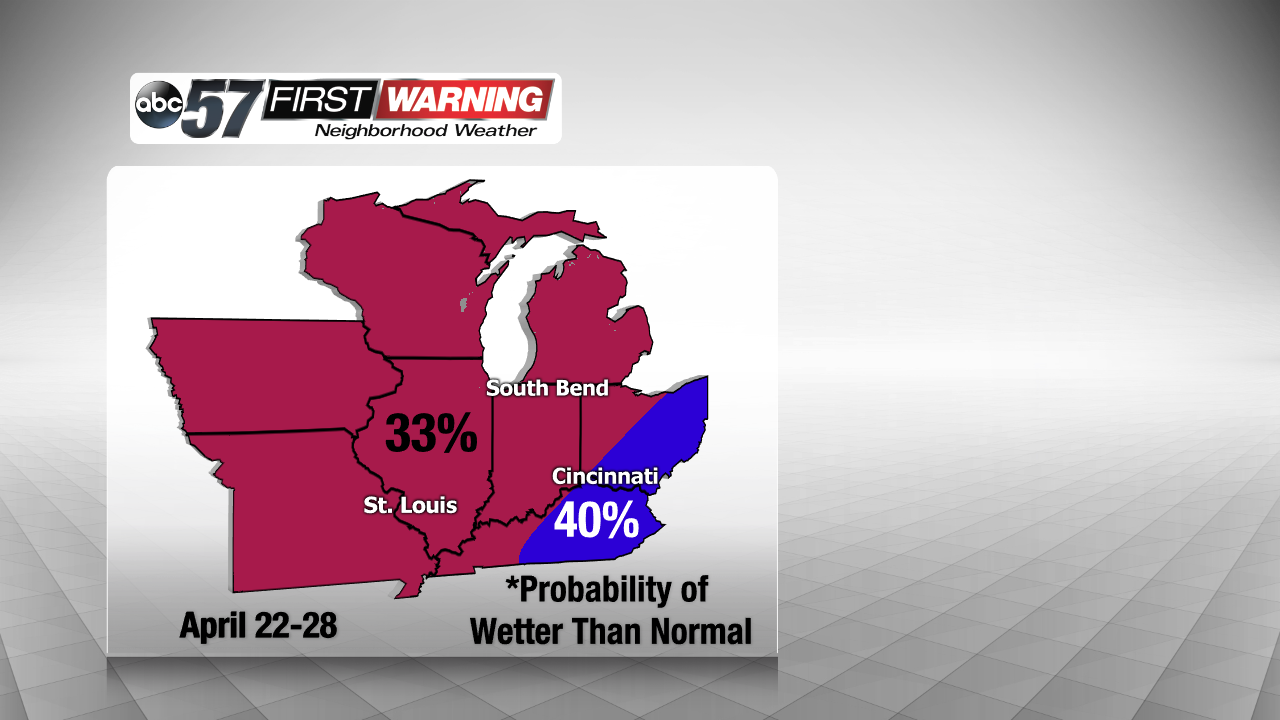 Be prepared to keep hold of the rain gear for the second half of April!

This rainy weekend is just one part of a story that's been written by a massive storm system pushing through the United States. From Minnesota to Texas and Louisiana, Americans have been dealing with severe weather and tornadoes in the South, heavy rain and even ice around Michiana and into Michigan, and even blizzard conditions in the Northern Great Plains! Areas like Green Bay and Minneapolis have picked more than a foot of snow and 36 tornado reports have come in across the southern states over the last three days.

The Northeast is next in line to get the rain and even snow over the next couple of days. 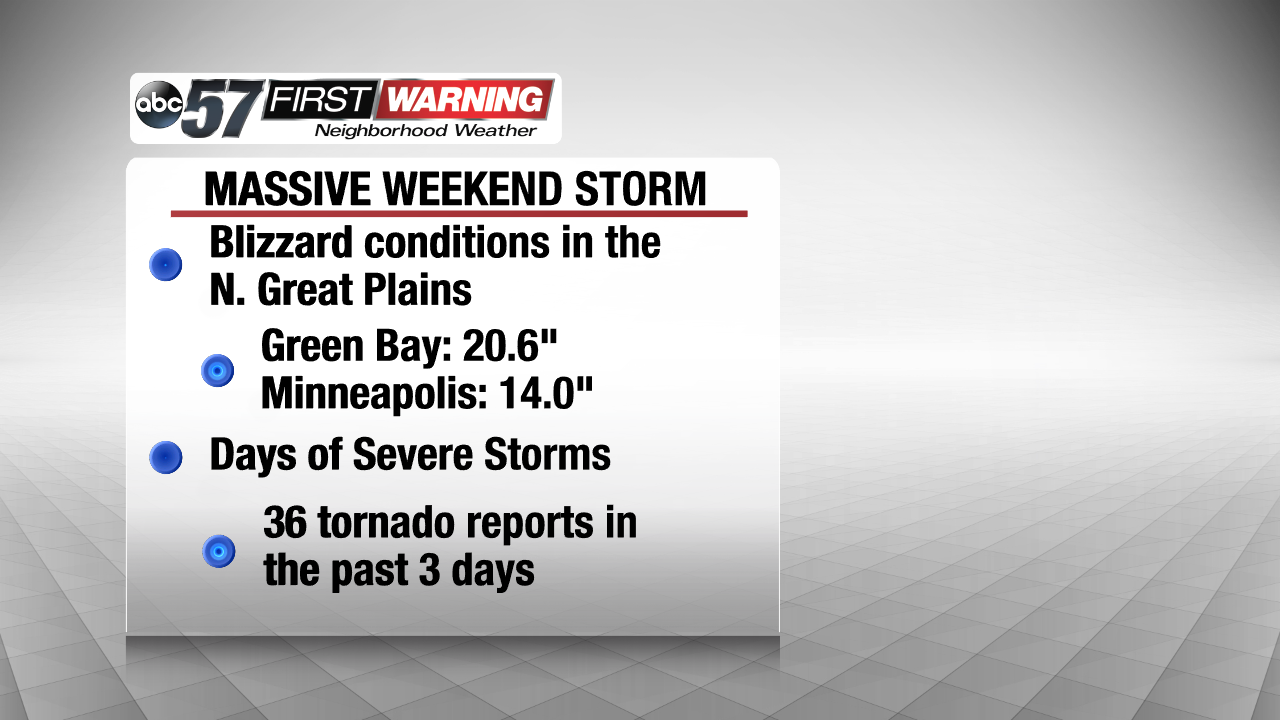 From tornadoes to a blizzard, the middle third of America has seen it all over the last couple of days.