A wet start to July

NOW: A wet start to July 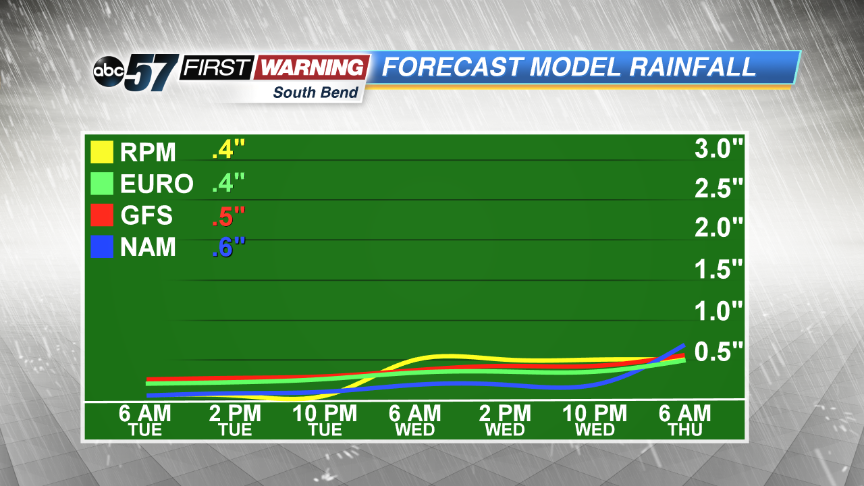 As of July 10th, many locations in Michiana has seen numerous days of heavy rainfall, producing many flooding concerns impacting roads and rivers. A Flood Warning is out for areas down south as the Tippecanoe River is expected to reach minor flood stage in the coming days. Some roadways in southern Michiana have buckled and even split apart due to the rising and standing water.

The largest rainfall totals have been placed along and south of Highway 30, where many areas already reporting 3 to 5 inches of rain in some localized spots. Areas right along the Indiana-Michigan border did not see as much, mainly 1 to 3 inches with smaller totals in the eastern counties. Areas in Michigan also reported lower numbers as of today.

Thankfully, Tuesday looks to be much drier for everyone in the viewing area, which will give us a much needed chance to begin to dry out and recover a bit. But, more scattered storms look to move into Michigan and northern Indiana on Wednesday. Another line of storms Wednesday afternoon and evening could be on the strong to severe side. 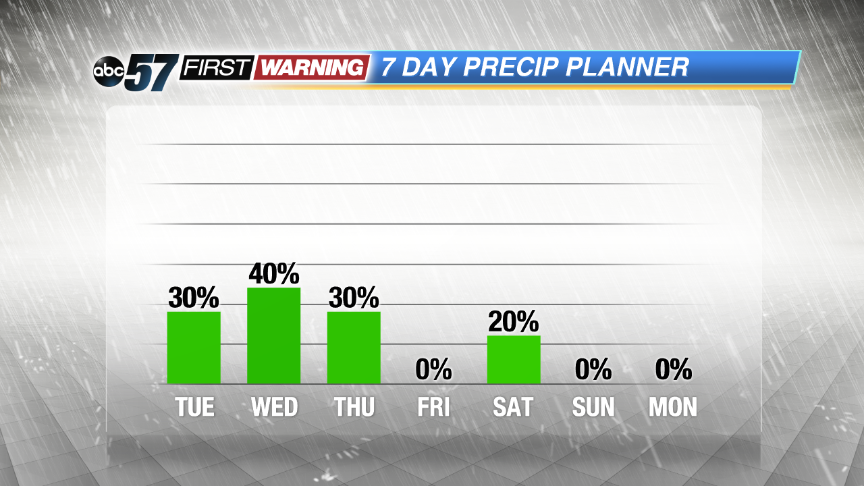