Aaron Hernandez's attorney plans to sue for negligence around his death 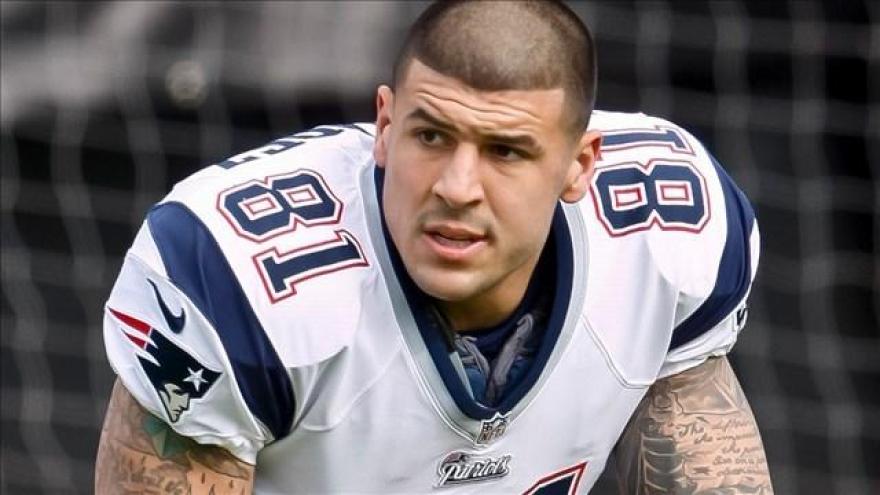 (CNN) -- An attorney for Aaron Hernandez's estate plans to sue state officials for negligence surrounding his apparent suicide and railed against the "salacious" details leaked to the media, he said in court on Friday.

George Leontire, an attorney representing Hernandez's family, filed a bill of discovery in Bristol County Superior Court calling on Massachusetts officials to preserve all evidence in the investigation into Hernandez's death.

That evidence is relevant to planned legal action for negligent supervision related to the custody of Hernandez, Leontire said.

Judge Thomas McGuire Jr. ruled that the state must preserve video of his cell, his clothes, photos of his body, and all phone calls for 30 days prior to his death, among other pieces of evidence.

Hernandez, the former New England Patriots tight end, hanged himself by a bedsheet in his prison cell early Wednesday, according to the Department of Corrections. Investigators ruled that his death was a suicide by asphyxiation, and said that three handwritten notes were found in the cell next to a Bible.

A failure to communicate

Leontire slammed the state's lack of communication with the Hernandez family as well as the "salacious" leaks to media outlets.

"We have not been told any of the circumstances around his death. We have to read it on Twitter and in the news," he said. "Frankly, I think it violates every code of decency."

In particular, Leontire said the family does not know what was on three handwritten notes found in Hernandez's cell. He also said he had not heard from officials whether Hernandez had the biblical reference "John 3:16" written on him, as a law enforcement source involved in the investigation told CNN.

That press release from Worcester County district attorney's office said there was no check on Hernandez's cell between 8 p.m. and 3:03 a.m. If true, Leontire said, that would be a "extraordinary violation" of procedure.

The complaint was filed on behalf of Hernandez's fiancee, Shayanna Jenkins Hernandez, and his 4-year-old daughter, Avielle. The defendants are listed as Thomas Turco, the commissioner of Department of Corrections, Daniel Bennett, the secretary of Public Safety, and Steven Silva, the superintendent of the Souza-Baranowski Correctional Center.

Hernandez had been serving a sentence of life without parole for the June 2013 murder of Odin Lloyd, the boyfriend of his fiancee's sister. Hernandez's death came less than a week after he was acquitted of two murder charges for the July 2012 killing of two men outside a Boston nightclub.

Earlier on Friday, Lloyd's mother, Ursula Ward, and her attorney, Doug Sheff, said they were moving ahead with a civil suit against Hernandez's estate.

Legal experts have said Hernandez's death complicates the status of that case. Because of a little-known legal rule called abatement, the murder conviction against Hernandez is expected to be dismissed because his appeal of the conviction had not been heard at the time of his death.

Civil suits often rely on a criminal conviction as its basis of facts, so without it, Lloyd's suit asking for damages could be trickier.

However, Sheff said he was "not concerned" about the issue.

Sheff also issued a "very friendly challenge" to the New England Patriots to voluntarily pay $6 million to Ward's family as part of that suit.

"That would make the Patriots Ursula Ward's champion," he said.

Wearing a pin bearing a photo of her son, Ward said she planned to use the money from a civil suit to create a college scholarship fund.

"There's no amount of money in the world that can bring Odin back," she said. "None."