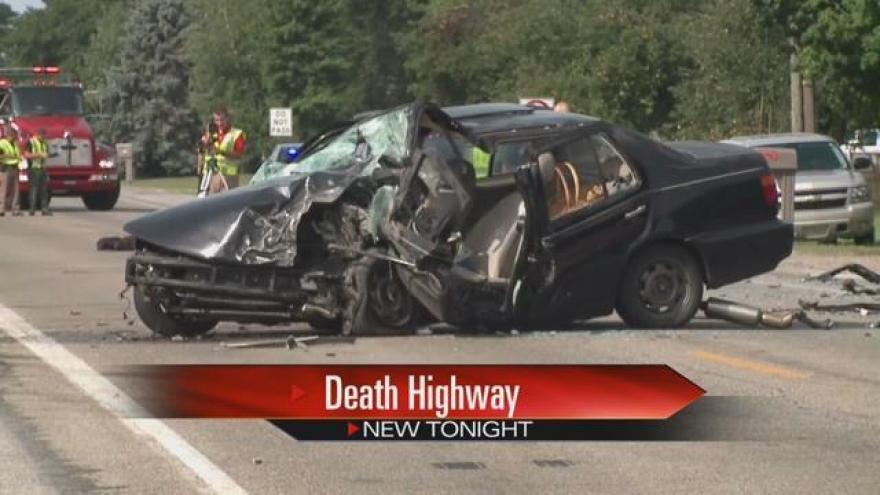 Exactly one month ago two people were killed on Highway 20 in Michigan City.

Not even 14 hours later and 11 miles away ABC 57 reported on another crash, taking three lives and injuring two others.

Now, ABC 57 News is investigating this road known to many as “Death Highway.”

Joseph Novak Jr. has worked at his auto shop for 11 years.

It sits right off of US 20. He points to several reasons for it's bloody reputation.

"People not being aware of their surroundings people not paying attention to the road, texting driving speeding, the highway right off 94 people don’t slow off from 70 mph speed limit to 55 multiple accidents of high speed not paying attention numerous people injured death , including myself,” said Novak.

US 20, from South Bend to Michigan City, has been called “Slaughter Highway”, “Bloody 20”, and “Death Highway, for years.

Novak says many of his customers, including himself, have been in accidents while just turning into his shop’s driveway.

ABC 57 went on a ride along with him to get a glimpse of the road he faces, everyday.

Novak has scanners set up in his shop. He listens for any accidents on Highway 20 and says he hears up to 4 accidents on that road, each week.