ABC57 in Cleveland: Notre Dame not going down without a fight 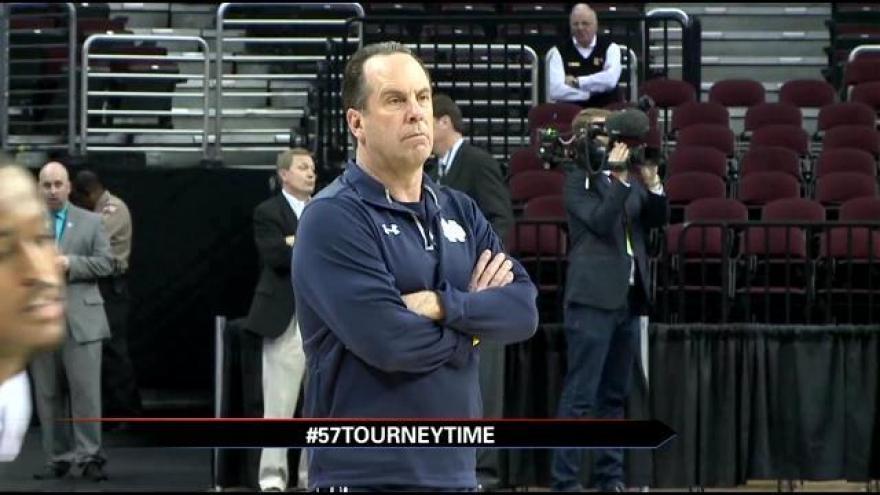 Wichita State is in the Sweet 16 for the second time in three years and they're going to be a tough team to beat.

The shockers are coming off a 78 to 65 win against the Kansas Jayhawks.

"We respect the heck out of them. They've been machine-like in March. But we do feel a little bit like 'odd man out' because I keep saying they'll get a shot at Kentucky and maybe they can end their undefeated season,” said Coach Brey.

Notre Dame and Wichita State took to the hardwood Wednesday afternoon for practice at the Quicken Loans Arena.

It has been a difficult week for Coach Brey. His mom passed away on Saturday morning, just hours before the Butler game.

Brey says he got to spend Sunday at home in Florida with his family.

"During the Maryland game my dad and I smoked a cigar, had that, kicked back a little bit, thoroughly exhausted by the time I got back on the plane to come home. I got a good night of sleep Sunday night and I was ready to roll,” said Coach Brey.

Now Coach Brey is in Cleveland ready for the game against Wichita State.

"I coached against coach Brey back in 2007 and loved his team then but I think this is a better team. That was when they were in the Big East, they had two first all team conference guys plus a young post player by the name of Heron Gody that turned out to be pretty good,” said Gregg Marshall, Wichita State Head Basketball Coach.

While the Shockers are no strangers to the Sweet 16, this is Notre Dame's first appearance in 12 years.

But Marshall says he doesn't take an underdog lightly.

"To go into the ACC in the second year and win that tournament and beating North Carolina and Duke in Greensboro is a very difficult task. And not too many teams can do that and they were able to do it,” said Marshall.