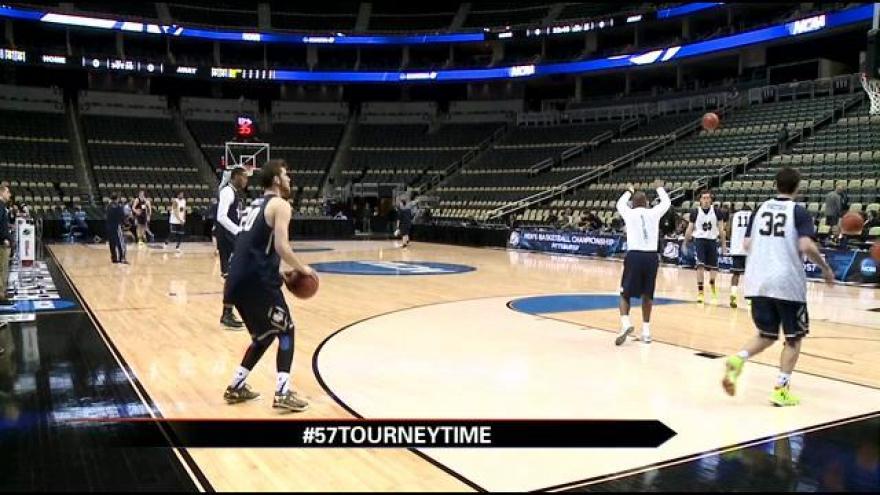 PITTSBURGH, Pa. - The Fighting Irish men's basketball team took to the court inside the Consol Energy Arena Wednesday afternoon in Pittsburgh for practice ahead of their game against Northeastern University on Thursday.

Notre Dame says there is no doubt they are ready for Thursday's game and they believe Huskies are a lot like they are – fast and powerful.

The Fighting Irish are coming off of a historic ACC tournament championship victory.

Although the Huskies aren't coming off such a high, Notre Dame doesn't plan on taking the team lightly.

“They're kind of like us in the way they move the ball, they spread the floor, they have some good shooters. They play four out one in and they play the same kind of tempo that we do,” said Irish forward Zach Auguste.

The Huskies haven't been in the NCAA tournament since 1991.

“Yesterday I got a lot of high fives going to class, everyone was really excited, truly a lot of support behind us our whole school is behind us so it's just a great feeling,” said Northeastern forward Quincy Ford.

That excitement is exactly what the Irish say they'll watch out for as they take on an underdog.

“We just need to stay hungry. We need to take what we learned last week, what we did well, what we did wrong and just kind of learn from that and get better through March,” said Irish guard Demetrius Jackson.