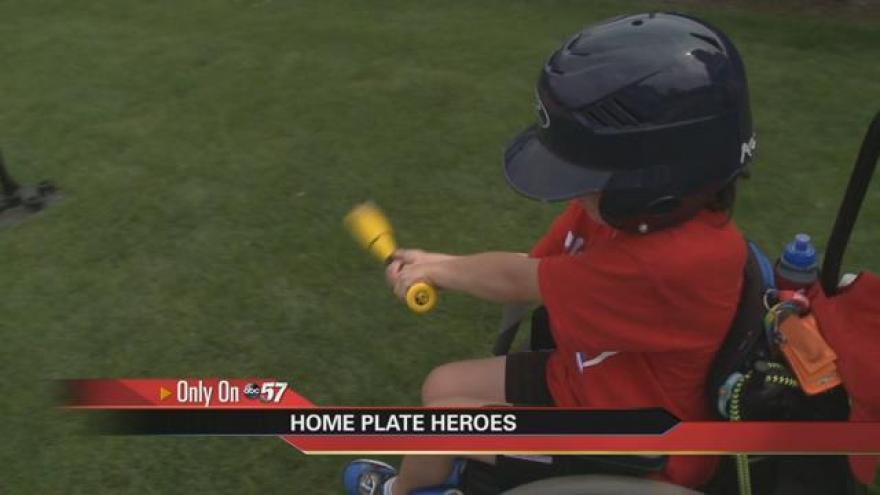 A local organization is helping kids develop mentally and physically after circumstances they can’t control have changed their lives.

9-year-old Andy Sego is a vibrant young boy with big dreams. In the summer he plays baseball at the Chet Waggoner Little League through Little League of America.

Through the Challenger Little League, Debbie Sego said baseball has given her son a reason to work hard in therapy.

Sego said, “And I’m not giving up on him, he’s got a purpose here. And maybe Chet Waggoner was his purpose.”

Debbie said Andy has changed physically and mentally after taking on the sport.

Sego said, “The doctors told me, he wasn’t going to make it the first 24 hours and all you seen is this little baby that was hooked up to all these IV’s.”

Andy was born at 24 weeks, and doctors didn't expect him to make it 24 hours.

Sego said, "As a mom I thought 'ok, this is it, I'm going to have to say goodbye.' We had doctors say, 'Call the family members in, this is it.'"

Andy's nurses eventually came out to family with good news, after Andy was in the NICU for several weeks.

Sego said, “It got to a certain point and the nurse gave me a cotton ball, and I was like what am I going to do with a cotton ball? And she said this is his new diaper!”

Sego said Andy is a medical miracle, which makes these moments at the baseball field so special.

Sego said, “It takes a really hard and warm person to understand, you’re going to have the melt downs, and that’s why I fight so hard for the Challenger League. Because it made him realize he is somebody.”

Sego said, “When we go to the games, everything that any doctor says he can’t do… he does.”

Andy is now an All-Star second baseman in the Challenger's Little League District 11.

Sego said, “That’s the heartbreaking thing, is until you see these kids fight the fight they have to fight to play ball, you don’t understand it.”

Sego said Andy has 9 disorders and an enlarged liver. Sometimes it hurts him to swing the bat, but he does it anyways.

Brian Wray said, “Challenger gives these kids an opportunity to feel normal. Come out here, play with kids, get to know other kids, get some exercise.”

Wray is the president of the Challenger Little League. His daughter, like Andy, benefits from the games too.

Wray said, “For me, it’s so much not her ability on the field, but what the league has done for her, becoming a better individual. Opening up to her coaches, and to the players on the team. To me that’s the biggest thing.”

Andy's fight is not only on the field, but also to raise money for the league.

Every Thursday morning, Andy wakes up at 5 a.m. to head to the South Bend Farmers Market where he raises money and encourages other kids like him to sign up for the league.

All of this work Andy does with the same determination that not only made him a survivor, but also, a ball player.

Sego said, "And he never gave up. And that’s why I think with challenger, the fight is so hard.”

Sego dreams of building a new field of their own one day where Andy and his team can play all year around.

The Challenger Little League is in need of volunteers and they want more kids to sign up for the league. For more information you can visit http://www.challengerdistrict11southbend.com/