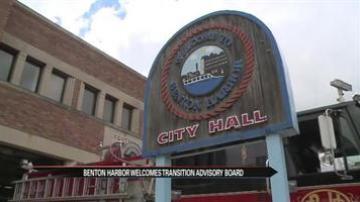 BENTON HARBOR, Mich. -- For the first time in years, the City of Benton Harbor is on its way to local control.  The emergency financial manager is leaving and Governor Rick Snyder released the names of the four people he appointed to step in as the transition advisory board.

What role will the advisory board play in the city's transition to local control?

"The game is played within the rules, and a referee will stop and blow the whistle when a rule is broken, and that is what I think this role is," Witkowski said.

Witkowski says the board does not plan on ruling with an iron fist, commissioners will have say in major decisions.

"This is the first time I have heard that in my lifetime, that I've seen them have money set aside to do projects," said Witowski.

Witkowski plans to review Benton Harbor’s budget weekly because he says the path to recovery has to continue, the city cannot go back to the way it was.

Witkowski says with the transition board in place, the city should continue improving.

"Will it happen overnight? No. It is 40 years of problems I think that led to today but if people can see progress, they can work with progress."

The transition advisory board will have their first meeting within the next week or two.