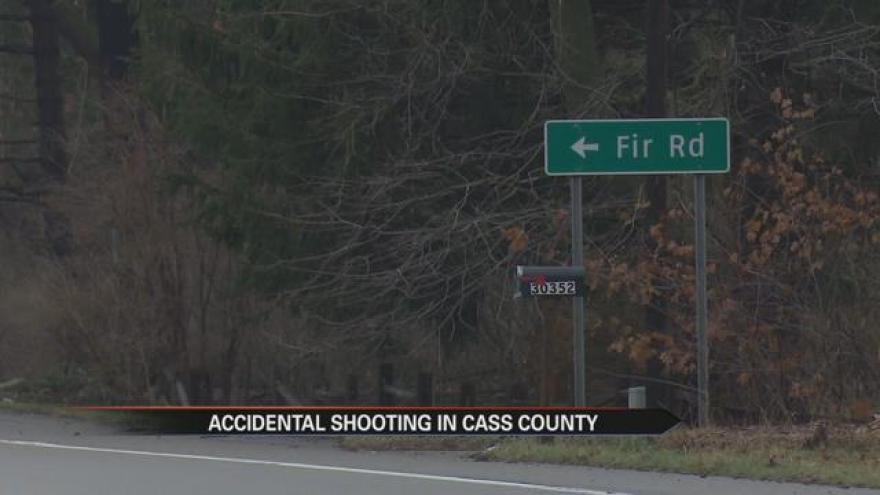 Target practice in Milton Township turned dangerous Monday afternoon, when a bullet sailed through some woods and struck a Cassopolis man.

But along Fir Road in Milton Twp., around 12:30 Monday afternoon, an accidental shooting was phoned in.

“He was shooting a .223 rifle and had a berm of soil built up,” Jacobs said. “But it was only about yay-high, and at some point, he shot over the top of the berm, and the projectile went through the woods and down to the house that was being worked on by the victim.”

The victim is Justin Anderson, 42, of Cassopolis.

He’s a contractor who was working on a home behind the woods that line the backyard of the suspect’s home.

Jacobs said the suspect’s name is not being released right now, but a bullet he fired went over the soil berm and traveled through the dense woods.

“Probably close to a half a mile from where [the rifle was fired],” Jacobs said.

The trees were no match. Anderson was hit in the buttocks.

“Just having woods behind you or distance behind you in and of itself is not enough for safe target shooting,” Jacobs said.

He also said there used to be a law saying you could not shoot within 450 feet of an occupied dwelling, but it has since been revised to say you only have to shoot ‘in a safe manner,’ no distance required.

“It’s best to have a solid background,” Jacobs said. “Whether it’s railroad ties or wood stacked up to a point that it’s high enough, that you’re not going to shoot over it.”

Anderson’s wife said, off camera, that her husband is OK and was back to work Tuesday, despite being a little sore.

Jacobs said the suspect had no intentions of causing any harm to his neighbors, but a report will still be submitted to the county prosecutor’s office to determine whether charges should be filed.