Accused driver in deadly crash headed back to court 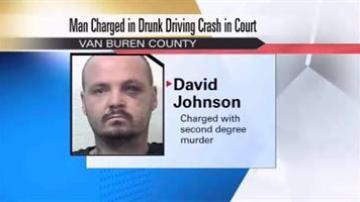 VAN BUREN COUNTY, Mich. -- The driver accused of causing a deadly Van Buren County car accident will be in court next week.

David Johnson, 32, is charged with three counts of second degree murder in connection with the deaths of Brittney King, 24, Kandice Berryhill, 2, and Cassadi Berryhill, 4/

The court hearing could determine whether the case will go to trial.

Police say that Johnson was drinking and driving in Geneva Township when he tried to pass another car.

That is when police say he crashed into the car with King and the Berryhill girls inside. Justin Berryhill was also seriously injured.