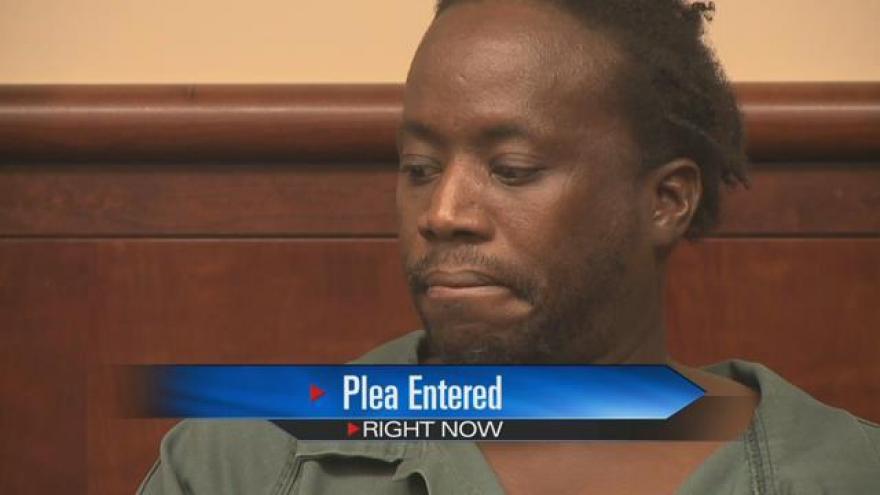 The suspect police are calling a serial rapist pleaded not guilty to rape and a string of charges.

41-year-old Marcus Stewart was in Berrien County Court on Thursday. He was arrested at the soup kitchen in Benton Harbor after a watch he was wearing matched a witness' description.

On Thursday in court the suspect faced one of his accusers, a 26-year-old woman who claims she was sexually assaulted by Stewart.

With the witness' permission, ABC57 is airing part of her testimony but not showing her face or revealing her identity.

“He choked me from the back, and that’s when he slammed me on the bed. I was trying to reach for my phone, he threw my phone down and he pulled my pants down and then that’s when he, he did what he did.”

The witness said she was staying in a home on Lincoln Street when Stewart walked through the front door and came into her bedroom.

She said the door was unlocked and at first she thought it was her cousin coming home from work.

“He told me, 'Shut up. I don’t want to hurt you.' And that’s when he socked me in the eye and punched me in my mouth.”

A Michigan State Police trooper with the Major Crimes Task Force took the stand as well.

He explained her injuries when he went to visit the victim at the hospital.

Jason Bailey said, “I noticed some slight swelling to the left side of her face as well. I don’t know the medical term but there was some blood in the corner of her eye.”

The victim also testified that her attacker put her in a choke hold.

Stewart is charged with 4 felonies and police say he's also a parole absconder in Indiana.

Stewart's defense attorney did not want to do an on-camera interview because he said more cases are pending.

On September 9th police told ABC57's Alexandra Koehn that they believe Stewart is responsible for raping 3 women in Benton Harbor and attempting to rape a 4th who fought off her attacker.

The judge tentatively set the jury trial for January 19th.