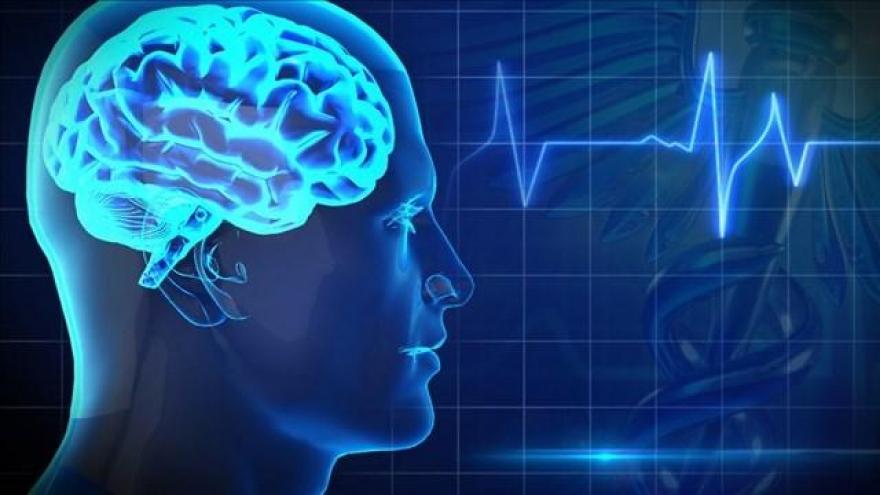 (CNN) -- When most people get a headache, a simple over-the-counter pain reliever and a few moments of quiet can usually do the trick. But for millions of Americans suffering from debilitating migraines, the pain can be so intense that relief may seem out of reach.

Faced with a growing demand for solutions, researchers, drug companies and medical providers have sought out new treatment options. A widening class of medications, devices and alternative therapies is presenting those who suffer from moderate to severe migraines with various options to explore.

A study published Monday in the medical journal JAMA Internal Medicine said acupuncture may be helpful in reducing the frequency of migraines and preventing attacks.

Researchers in China found that properly administered acupuncture therapy may reduce the frequency of the most common types of migraines. The research, which builds on a body of knowledge from smaller studies, looked at how true acupuncture compared with sham acupuncture in reducing migraine attacks and symptoms in those who have been battling the condition for at least a year.

All treatments were administered by trained and licensed acupuncturists who trained for at least five years and had four or more years of clinical experience. Recipients of 'true acupuncture' were treated in four acupoints chosen by clinical experts. The four points used for the 'sham' group were chosen to avoid migraine relief.

Twenty weeks after receiving treatment at five times a week, patients in the true acupuncture group saw a reduction in the average number of migraines from 4.8 per month to 3 per month, with no adverse events reported requiring "special medical intervention."

Not your everyday headache

Migraines, a disorder in the brain, can be the source of intense throbbing pain lasting hours or days. About 12% of Americans suffers from them, and some experience pain so severe that it keeps them from being able to continue their day.

"A migraine is an abnormal state of the brain where the brain has become hyperexcitable to stimuli," said Dr. Amy Gelfand, assistant professor of neurology at the University of California, San Francisco. Gelfand provided commentary for the JAMA study about migraines.

"People suffer quite a bit from migraine, and I think that's probably underestimated," she said. "The impact of migraine is often underappreciated, so any and all research being done in migraine (science) is important and valuable,"

Not much is known about the neurological disorder, but there is strong evidence that it is genetic.

"Oftentimes, people don't realize that there's a family history of migraine," Gelfand said. "Only about half of adults in the US who have migraines have ever received a diagnosis. So plenty of people out there have it but don't necessarily recognize that is what they are experiencing."

"While migraine preventive medications exist, they are not necessarily effective for all patients and can cause serious adverse effects," Gelfand wrote.

Over-the-counter medications provide little to no relief for chronic migraine sufferers, and prescription drugs can be costly or come with undesired side effects.

"People who suffer with this ... are so desperate for treatment," said Dr. Lawrence Newman, director of the Headache Division at NYU Langone Medical Center. "We don't have yet an optimal therapy, so people are looking for lots of different ways to try and control (migraines)."

Newman, who was not involved in the study, also gets chronic migraines. "As a migraine sufferer, migraines take away our control," he said. "They strike without warning, and it can interfere with every type of plan that people who suffer with this disease have."

Camille Howard retired for medical reasons in 1998 after six years of active duty in the US Army. Her chief complaint: chronic migraines.

While her husband was deployed, she studied business administration at the University of Maryland's Yongsan, South Korea, campus and returned to the military in a civilian role as a budget analyst. Today, migraines are still a constant problem and serve as one of the main reasons she has been on medical leave since August.

"On a normal week, I'm going to have at least three headaches," she said. For the 44-year-old mother of three, headaches can be triggered by changes in the weather, certain foods and even strong smells like perfumes.

Howard has seen several specialists and estimates that she has tried 20 medications to control her migraines.

While deployed in Germany, Howard started Botox combined with auriculotherapy, a form of acupuncture treatments in the ear to alleviate the pain associated with her migraines. "When I first started that treatment, it was fabulous. I was like, 'Oh, my God, this is a miracle,' " she said.

Botox, widely known for its cosmetic uses, is a neurotoxin that is approved by the Food and Drug Administration for migraine prevention. Researchers suggest that the botulinum toxin blocks the transmission of pain signals between nerve cells.

But when Howard and her family returned to the United States in 2012, she was unable to find a local provider to administer acupuncture and waited about a year to get approved to see a provider outside the Veterans Affair's health system to continue Botox treatments.

"I can get about 20 headaches in a month on a bad month. But I get them every week," Howard said.

Coming down the pipeline

The lack of options to ensure complete relief is leading migraine sufferers to seek out alternative treatment options, including yoga and meditation.

"The good news is we've made a lot of inroads, and we're making even more inroads into this," Newman said. "So, you know, with time, we're going to get to that cure."

Researchers continue to find new ways to treat migraines. Alternative therapies such as biofeedback, stress management and acupuncture have received promising results and patients are beginning to widely accept these new methods.

Magnolia Ng, a licensed acupuncturist and pain management specialist in San Francisco who was not involved in the JAMA study, studied both the Eastern and Western traditions. She says she is not surprised by the study results and has seen some similar benefits in her practice.

"At a cellular level, (acupuncture) changes the muscle cells as well as the fascia at the acupuncture point to influence the expression of pain in our body," she said. "It also stimulates the body's ability to recover from any illnesses and heal itself."

Typically, Ng hears from patients who have exhausted their medication options. She says it is common for people to come to her before trying medications that may have risks involved.

Dr. Stephen Silberstein, former president of the American Headache Society, says there are lots of treatment options for migraine. Most important, he says, are lifestyle changes. "Try to get adequate sleep, don't get drunk, and if you take caffeine on a regular basis, take it on the weekends and don't withdraw from it."

Silberstein is also eagerly awaiting potential new drugs designed to block the molecule (calcitonin gene-related peptide) that spikes during attacks, in hopes of stopping a migraine in its tracks.

"They're in clinical trials, and from what we know at this point, they're safe. They seem to have no significant, if any, adverse events. They're tolerable, and they work. In some people, they work extraordinarily well," he said.

With many options existing and still a lot of confusion around migraines and treatment, Newman advises his patients to have an open dialogue with their providers. "Discuss it with your doctor and see if your doctor has any recommendations."