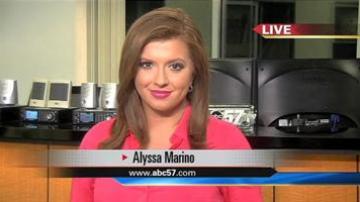 WALKERTON, Ind.- School officials said a student brought a knife to John Glenn High School last week. ABC 57 learned about this story from a concerned parent. In their note to us, she said school officials "swept the incident under a rug."

The assistant principal and the principal both said every situation is taken very seriously.

"Well obviously when you read something like this, it's startling," said William Morton, John Glenn High School Principal.

Morton felt uneasy after reading the note a concerned parent sent to ABC 57.

"We always start off with an investigation," said Christopher Winchell, John Glenn High School Assistant Principal. "We have a student handbook that basically outlines the rules of the school. It's established through school board policy. Many of the information in the handbook is Indiana code, which means it's law in the state of Indiana."

Winchell said the student was dealt with accordingly.

Despite the concerns of one parent, other students and parents said they didn't have safety concerns at all.

They said the school is proactive.

"I think they have really good safety practices here. I know they have an anti-bullying club," said parent and wrestling coach John Frey.

"I feel safe. We have a lot of assemblies where we talk about how we're supposed to treat everyone nicely," said student Lois Frey.

Administrators at John Glenn High say the safety most students and parent feel goes right back to the values they make a part of everyday learning.

"There's nothing more important to us than our children. There's no greater gift that a parent has," said Morton.