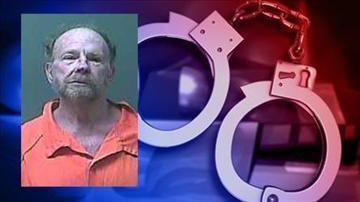 LAPORTE, Ind. – Court documents reveal a 20-year-old woman witnessed her father striking her mother with a baseball bat. The victim died at the scene. Her husband, Joseph Jemiolo has been formally charged with murder.

According to court records, Kathy Jemiolo’s daughter called 9-1-1 from 812 E Street in LaPorte around 12:48 a.m. to report an intruder in the house.

The daughter said she was upstairs watching a movie with her boyfriend and her mother was downstairs with her infant son when she heard a loud thumping noise.

When she went downstairs, the girl saw the light on in the basement, saw her mother on the floor and that she wasn’t moving.

She got scared when she heard someone coming up the stairs and went upstairs and hid in her parents’ bedroom, records indicate.

She asked, “Dad is that you?” then told detectives she asked Joseph if her son was okay.
The daughter said Joseph told her he was, so she went downstairs to get her son.

When she picked up her son, she said he was lying close to her mother. She said Joseph began hitting Kathy on the back of the head with a baseball bat.

The daughter said she called 9-1-1 because she thought there was a burglar in the home but hung up when she realized it was Joseph.

She then asked Joseph where her  mother was and he replied she was dead, reports said.
The daughter then said she saw lights outside, removed a chair barricading the door and ran outside to police.

Before she ran outside, she saw Joseph on the end of the bed covered in blood.

When asked why her father might have done this, she replied that they were going through a divorce – and Joseph had a drug problem and had terminal cancer, according to the documents.

Kathy did not know Joseph was going to be there because he was supposed to be in a rehab center.

The daughter said Joseph called Kathy on June 10th around 3 p.m. and said “It’s game time.”
The daughter also said the doors were barricaded because Kathy was afraid of Joe.

Police took Joseph from the scene to the hospital because he hurt himself where he had recently had hernia surgery. Joseph claimed the damage to the wound was done when he was arrested but the doctor disagreed.

The doctor told police the arrest would not cause the damage to the wound. The doctor said the alleged actions against Kathy would have.

According to the coroner’s office, the official cause of death is subdural hemorrhage as a result of multiple blunt force trauma and multiple stab wounds.

Joseph has been charged with one count of murder.