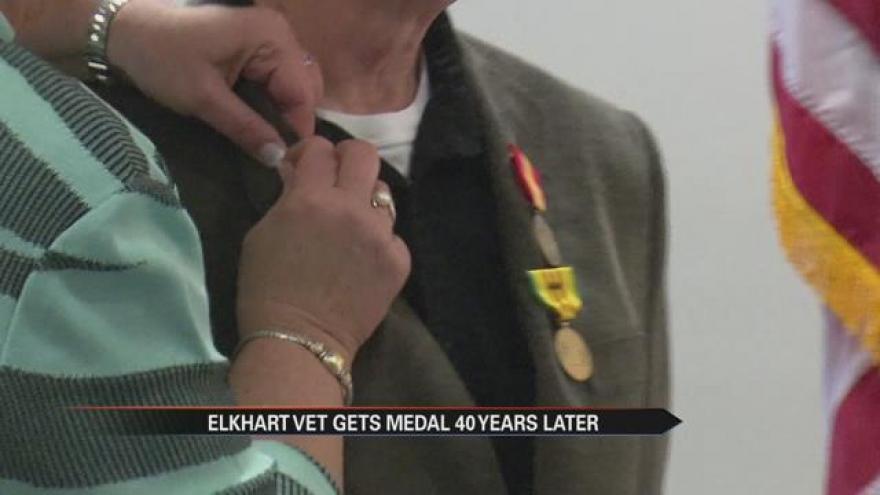 Army veteran forty years to receive the medals he earned for his service in the Vietnam War.

Danny Shaw has been waiting for this day: a day he didn't think would come.  The day he received he received his honors for serving and protecting this country.

"I've been trying over the years, to get them," he says.

The delay was due to a fire that destroyed many military records in St. Louis in 1973, preventing veterans from receiving medals and commendations.

But after all this time, he says, it was all worth it.

"I probably respect them more now than I would have when I was younger," Shaw explains. "Because of the maturity, and somewhat of a memorial to be handed down to the next generation. The kids and the grandkids, so that they can remember what we went through for freedom."

Remember and learn, the sacrifice he made.

"He never really talked much about the time in Vietnam," says Millie Shaw, Danny's wife. "I think our kids today learned more about it, because they never heard these stories."

Shaw received four medals from Representative Jackie Walorski. She was joined by Elkhart Mayor Tim Neese, and there was a special presentation by the VFW.

He didn't expect this.

"I didn't realize it was going to be this formal," Shaw laughs.

Walorski says, it was well deserved.

"We really do want to say thank you. We don't want these folks just coming and picking them up," she says.

At the end of the day, Shaw is still a humble soldier.

A solider who just did what he felt, needed to be done.

"I was glad to serve my country, and I hope it inspires others," he says.

The Shaw family hopes his family prompts other veterans to get the opportunity to get honored for their service as well.