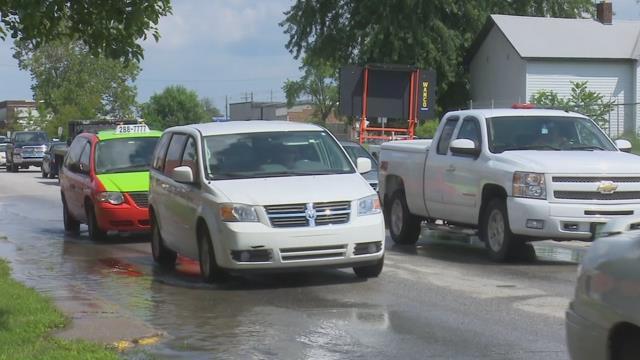 Cars slowly splash through what’s left of this week’s record rainfall on a major artery in South Bend. Main street south of Ewing is closed and causing major backups.

Roth drives for Transpo and says he uses Main Street to get almost everywhere so the new body of water that has formed south of Ewing on Main Street is throwing things off.

City crews were in the neighborhood checking out piping below the ground to fix this issue.

“We need patience that the public understands that this doesn’t occur every year and we are doing our best to work things out,” says Corbitt Kerr, a City Engineer City for South Bend.

Kerr says his department has been putting in many hours of overtime and still there’s no exact time line on when this road will be cleared and safe to drive on again.

“There will be some efforts we will get some roads cleaned up right away but you can’t tell,” says Kerr.