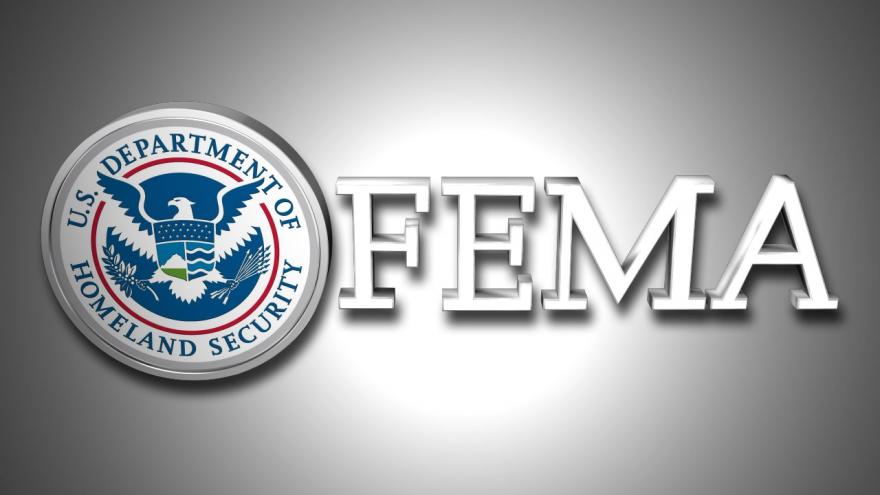 Residents have reported major flood damage in their homes. Some roads have been washed away. Others continue to be closed because of the damage caused by swelling rivers.

As of 11:00 a.m. Sunday, several secondary roads are closed. South Poseyville Road is closed from East Ashby to East Ellsworth in Midland. In Sanford, North Nine Mile is closed from West Wackerly to West Saginaw Road. Midland County residents can check here for an up to date list of closures in the county.

For a list of more closures, visit MDOT's interactive map.

Residents are being urged to stay away from flooded and impassable roads.

Aside from roads, public buildings are also taking a hit. The lower level of the Grace A. Dow Library in Midland is flooded and MCTV is down.

If you're in need of shelter, the American Red Cross has opened one at the West Midland Family Center located at 4011 W.

Isabella Road. No animals are allowed.

Midland County residents who wish to report flood damage should call (989) 837-3500. If you are in any danger because of flooding you're urged to call 911.

(6/24/17) - A state of disaster was declared for Midland and Isabella counties by Lt. Governor Brian Calley.

The Tittabawasee River was approaching crest Saturday at more than 31 feet. That's more than seven feet above flood stage. It would be its highest level since the Great Flood of 1986 (33.9').

"The water is crazy. I tried to go out to Meijer yesterday, which I didn't know because I hadn't listened to the news yet, so that was pretty amazing to see all the water out there," Midland resident Susan Freed explained. "I had never seen that area flooded before."

Only the very top of a car and its open trunk could be seen near Ann and Gordon streets while the rest of it was submerged in water.

Midland residents captured the moment and remembered the past.

"It's not as bad as the flood of '86," Freed said. "I was here back then. I was a college student and had a hard time getting home from Mt. Pleasant due to all the road closures."

There were roadblocks along East Shaffer and North Sturgeon roads. The ground gave way to the weight of torrential rains.

We talked to resident Autum Smith by the Farmers Market. "Here I'm not so concerned because it does go into flood every spring, so I'm not concerned down here," she said. "What's concerning me more is in the northwest section of town where they don't normally flood and they're having flooding that some of my friends have said is worse than '86."

With a disaster declaration, Michigan State Police and other state agencies are able to coordinate with local emergency response personnel to perform home evacuations. MSP posted a picture of one of those evacuations in Midland County on social media.

Officials urge caution and want residents to stay away from the water.

"The biggest concern right now I think is everyone along the river with their basement flooding," Freed said.

On the county's website, it says that "roadways throughout the city and county continue to close and open. Monitor www.midland911.org for the most up-to-date information."

There is also a shelter open at the West Midland Family Center located at 4011 W. Isabella Road.