Airbnb added a new non-discriminatory policy due to complaints 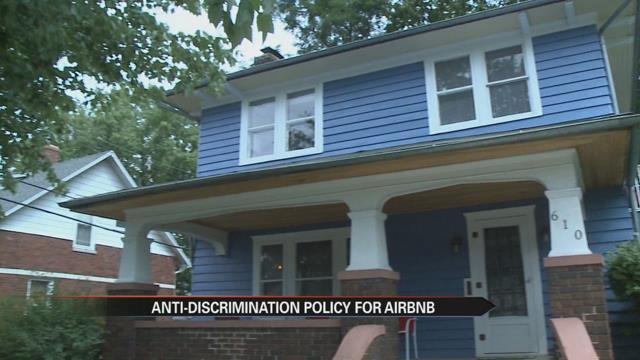 On Thursday Airbnb, the online rental company, stated it's new anti-discrimination policy addressing biases on race, gender and age. Hosts in South Bend and Michiana rent out their homes and apartments, especially during football season and they're now speaking up about the policy.

ABC57 talked to one of the South Bend hosts and he says he’s on board for equality and doesn’t care who’s staying at his home-. He’s more concerned about the business that’s being done.

Blake Strefling, a South Bend native, has been an Airbnb host for five months. He says he’s been happy with his decision.

"Airbnb is way more professional than I ever thought it would have been," he says. "I’ve had absolutely zero problems thus far. Everybody’s professional.”

But everyone didn’t have the same experience.For several months, non-white renters claimed they’d been discriminated against.

People even started #AIRBNBWHILEBLACK on Twitter where they posted about their experiences with the hosts.

Since then, the company hired advisers to create anti-bias policies and it’s planning to reduce user photographs, which clearly show race and gender. By November 1, hosts need to sign a community commitment – showing they understand the new policy.

“So it made absolutely no difference to me and if they wanted me to sign something that said i would do that, i mean where do i sign?” asked Strefling.

Airbnb has also said it will make instant booking more popular. Strefling actually has instant booking, meaning he has no idea who is saying at his home until the day of their arrival – and he likes it that way.

“People are people. I wouldn’t change this for anything. I really enjoy what i’m doing. I meet some great people. It’s lucrative. They leave satisfied and i’m satisfied. It’s a win win for all parties involved.”