Airlines are still struggling to get into devastated Puerto Rico 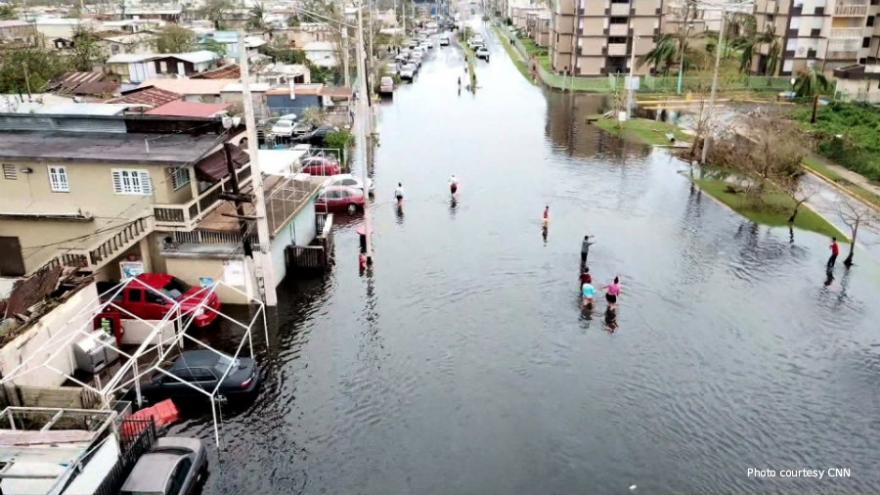 Hurricane Maria's destructive path through the U.S. territory left at least 10 people dead. The storm also razed buildings, flooded streets and cut off power and communications for millions of people.

Residents who are looking to escape the devastation, meanwhile, don't have many options. At San Juan Luis Muñoz Marín International Airport, the island's main air travel hub, flights in and out were extremely limited.

The devastation at Puerto Rico's biggest airport is another in a series of operational blows to U.S. airlines. Houston, Miami, Orlando and other airports across the southeastern U.S. have been shuttered as a result of extreme weather causing thousands of flight cancellations and forcing airlines to adapt amidst the cascading disruption.

Some airlines this weekend described a bleak scene in Puerto Rico.

"Due to connectivity challenges, including air traffic control constraints and lack of power at the airport, operations are limited for all airlines," said American Airlines in a statement.

The company said it has been able to send in resources on relief flights.

Its first trip of that kind was Friday, when a plane took relief workers and family members from Miami to the island, along with food, water, lanterns, cots, tarps, fans, batteries, boots and generators. The airline sent just one more plane to the island over the weekend.

United Airlines said it sent a relief flight to the island Saturday with "15,000 pounds of food, water and amenity kits for our employees." Another plane on Sunday took blankets and other supplies. United said an additional cargo trip is planned for Monday.

Late Saturday, JetBlue Airways said that it planned to send three planes to Puerto Rico and fly three planes from the island to certain cities in Florida and New York on Sunday.

"These flights are carrying much needed supplies and personnel," JetBlue said at the time, adding that it expects to have a more robust flight schedule in and out of San Juan by Tuesday. The company did not respond to a request for comment Sunday.

Southwest Airlines was slated to resume flights on Saturday, but the company said it was met with some unexpected issues. It was only able to send an "assessment flight" into San Juan over the weekend.

The company was still "struggling with the lack of infrastructure and coordination" at the San Juan airport, Southwest spokesperson Thais Hanson said Sunday. She added that regular service likely won't resume until Wednesday.

Delta, which was also expected to restart some of its San Juan operations Saturday, reported an "unfavorable assessments of airport and area infrastructure."