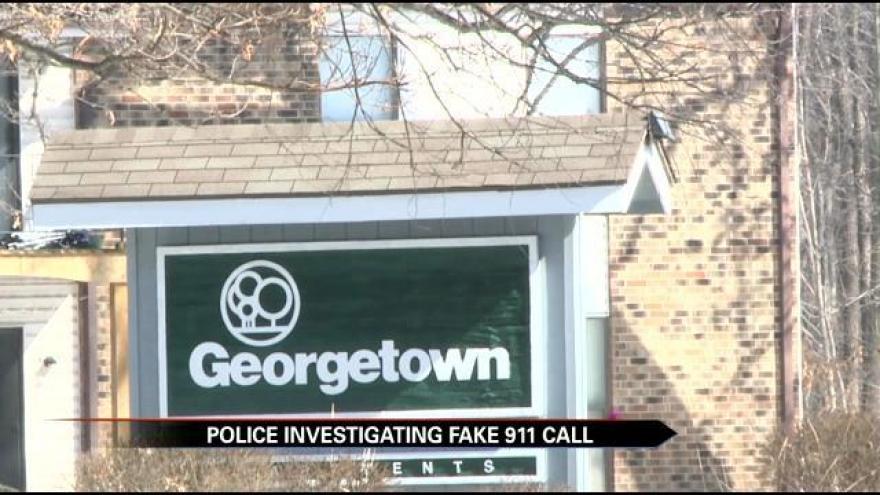 An alarming trend has made its way to Michiana, it's a prank called swatting that could lead to your home being surrounded by a swat team.

Police say someone made a fake 911 call and had officers swarming the Georgetown apartments.

Not only are local law enforcement agencies taking this seriously but the feds are too.

If you decide to participate, fines and some jail time could be your punishment.

The FBI website defines swatting as making a bogus 911 call to draw response from law enforcement, usually a swat team.

Sunday night around ten o'clock at those South Bend apartments, police say that hoax played out.

A 9-1-1- call came in of a stabbing and a four year old child tied to a chair, but if police were to knock on the door, the child would be shot.

Tim Williams with the Mishawaka Police Department says this behavior is frustrating for first responders.

"Its not a game so we aren't playing games, we are talking about lives here," said Williams.

The manpower that is used is essentially wasted.

"So these are officers resources being used, honestly if you look at it, tax payer money," said Williams.

Jeff Chance who lives near the Georgetown apartments says, he locked up his place when he heard the swat team was in the neighborhood.

"These kids are just too bored now a days come up with these kind of pranks that are dangerous."

So what happens if you get caught?

Police say fines to pay for the resources used could come out of the perpetrators pocket, and in extreme situations you'll be facing a judge and prison time.