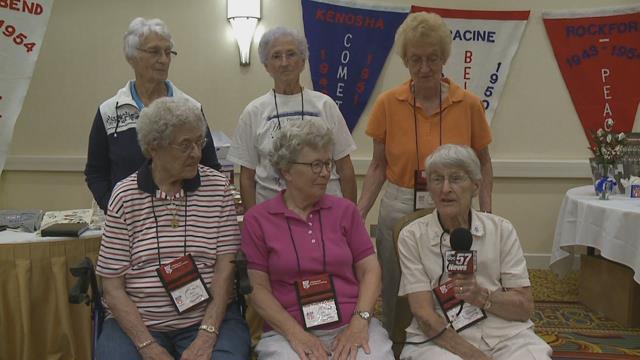 One of the first cities that had an All-American Girls Professional Baseball team was South Bend. On Thursday, members from the league were back in the city for an annual reunion.

It’s been over 60 years since the ladies from AAGPBL put on a baseball uniform.

From 1943 to 1954, these ladies represented hundreds of others that were part of a new professional league during World War II.

“He was afraid there wouldn’t be enough good players to keep major league baseball a float,” said Louis Youngen, a former player for the South Bend Blue Sox and Kenosha Comets.

And now, decades later these annual reunions make it possible to meet other players from different teams.