Alleged con man wanted in two states may be in Warsaw 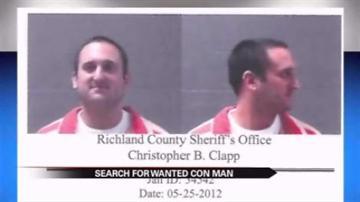 WARSAW, Ind. -- Police are on the lookout for a man who is accused of conning people across the country, including people in Michiana. Chris Clapp is wanted in Montana and Ohio and now a Warsaw woman is claiming he stole from her.

Brooke Bays says she's known Chris Clapp for 5 years so when he needed a place to stay, she rented him a room.

She says he even helped clean out her gutters.

A week later, she noticed her credit cards were gone and money was taken from her account.

She says he tried to pull money from her accounts a second time.

"It’s making me sick and our group of friends here in town that know him and everyone that knows him,” said Bays.