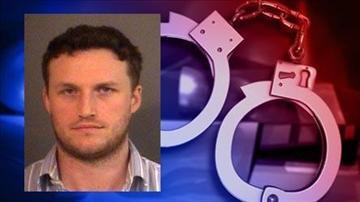 He was accused of stealing a Nikon camera and lenses from Theresa Bridegroom of Mishawaka.

The plea agreement includes an 18 month cap on his sentence and requires he pay restitution to Bridegroom in the amount of $956.

Sentencing will be May 8th.

He will remain in the St. Joseph County Jail until sentencing and may not be transferred to any other jurisdiction before that date.

Bridegroom helped catch the alleged Internet Casanova. She was at the courthouse Thursday after Holycross admitted to stealing her expensive camera.

"He took responsibility for it and fully admitted it, so that kind of gives me a little bit of satisfaction,” said Bridegroom.

Holycross is accused of meeting dozens of women online, lying to them about his name and his intentions and then stealing their belongings.

"I knew if I did not get him arrested he was just going to continue to move on,” said Bridegroom.

He's being investigated at several police agencies across the country for similar cases. He was just indicted on Wednesday for identity theft and theft charges in Oregon.

Bridegroom is hoping the involvement of multiple police agencies will force the feds to get involved and take over the prosecution.

"Yes I definitely wish that the feds would get involved because it has crossed so many state lines,” said Bridegroom. "Some people are looking at it like in my instance that this is just a theft of a camera but it goes much deeper than that.”