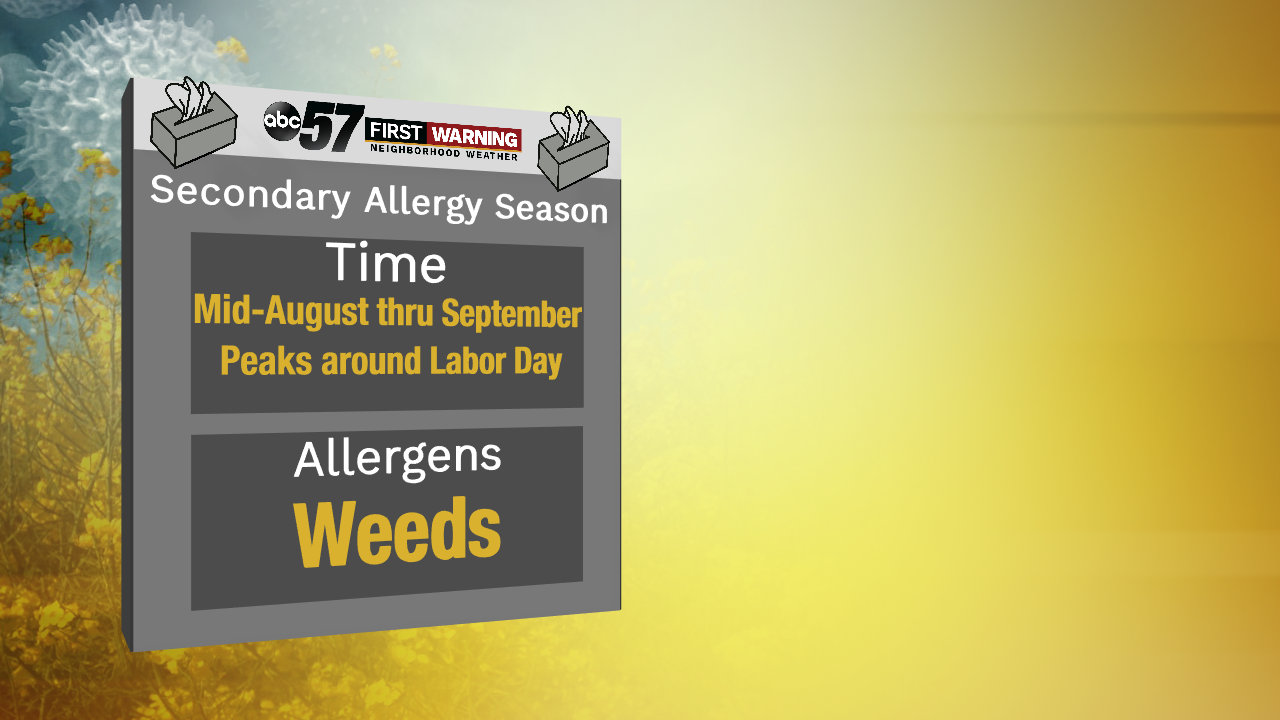 Are you struggling with allergies right now? If so, you're definitely not alone. The calendar may read August, but allergies are sky high across the region.

Even those who don't typically suffer from allergies may be feeling the effects of "secondary allergy season." It begins in mid-August and lasts through the end of September.

The allergens being referred to are multiple types of weeds with the "big one" being ragweed. 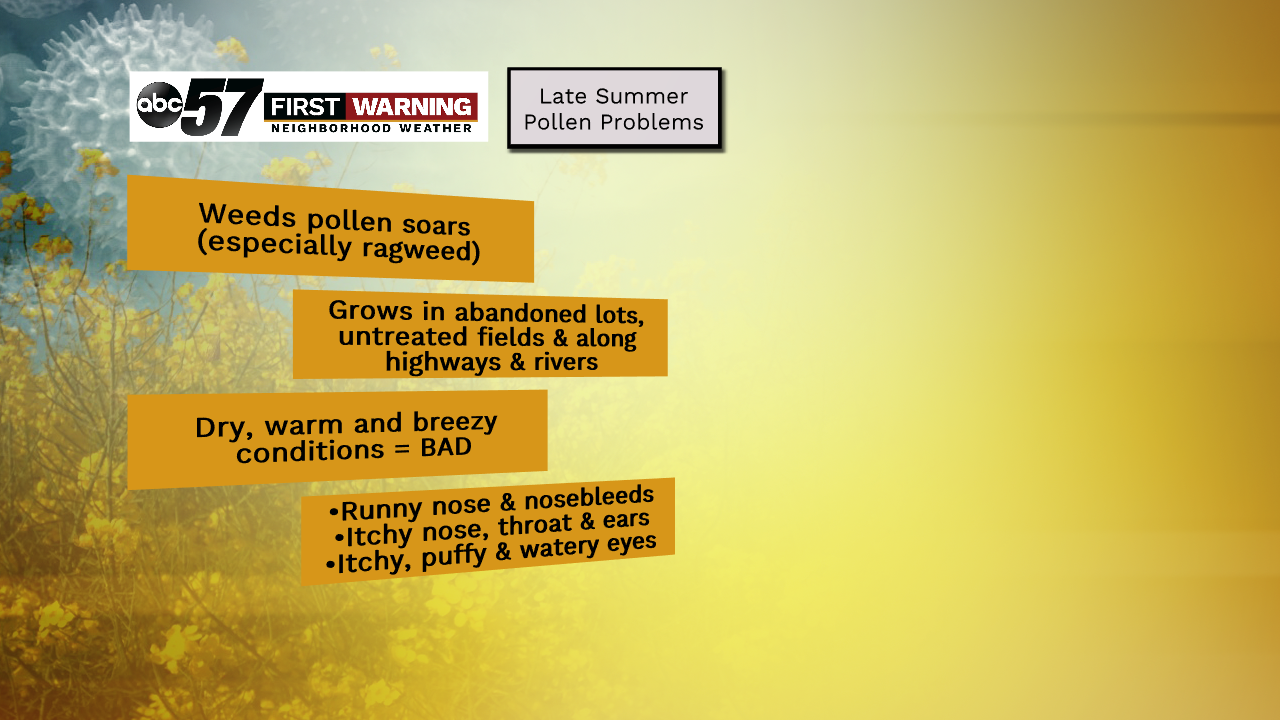 There are two species of ragweed it that are significantly more common than the others: giant ragweed and short ragweed. Both can cause severe allergies.

And, unfortunately, it is found in every state except Alaska. It typically grows in abandoned lots, untreated fields, along highways, and along riversides. It can appear in other spots as well. 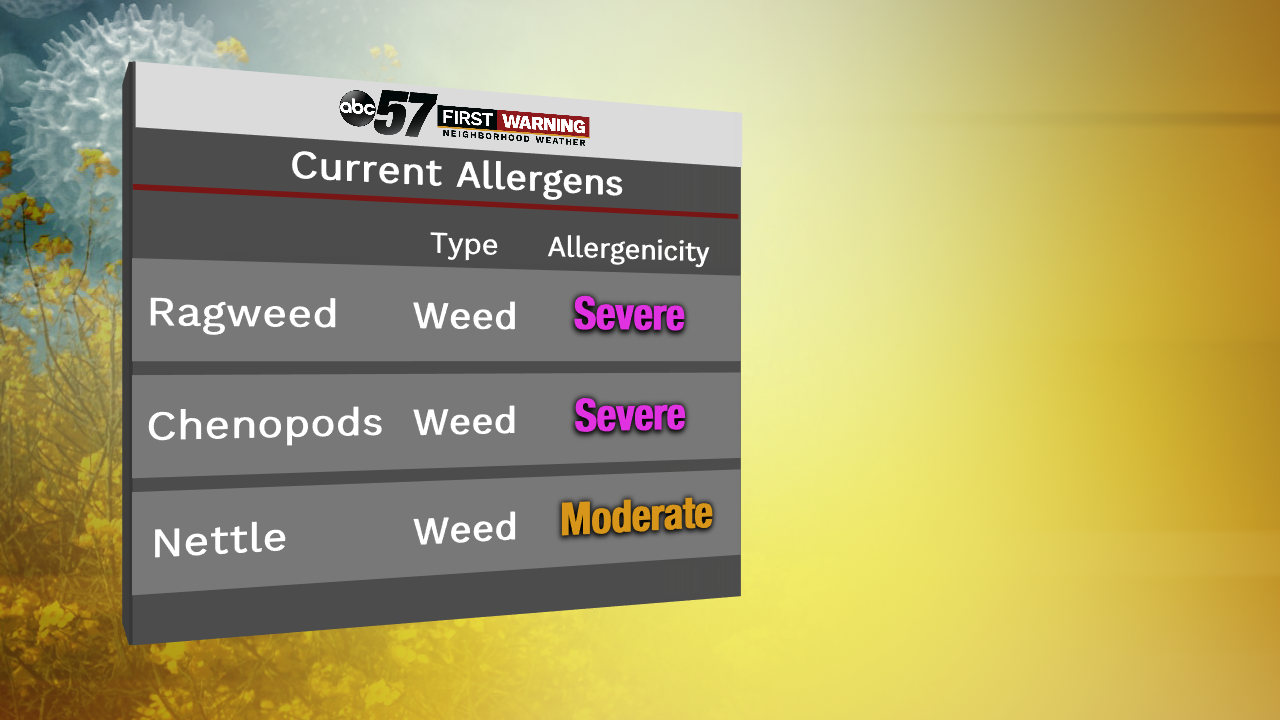 pollen.com
Ragweed has a severe "allergenicity" according to pollen.com. In other words, it has an extremely high ability to cause allergic reactions to a large number of people. It's often considered the most common and widespread seasonal allergen in the United States.

The symptoms associated with ragweed allergies, according to midwestallergy.net, include: 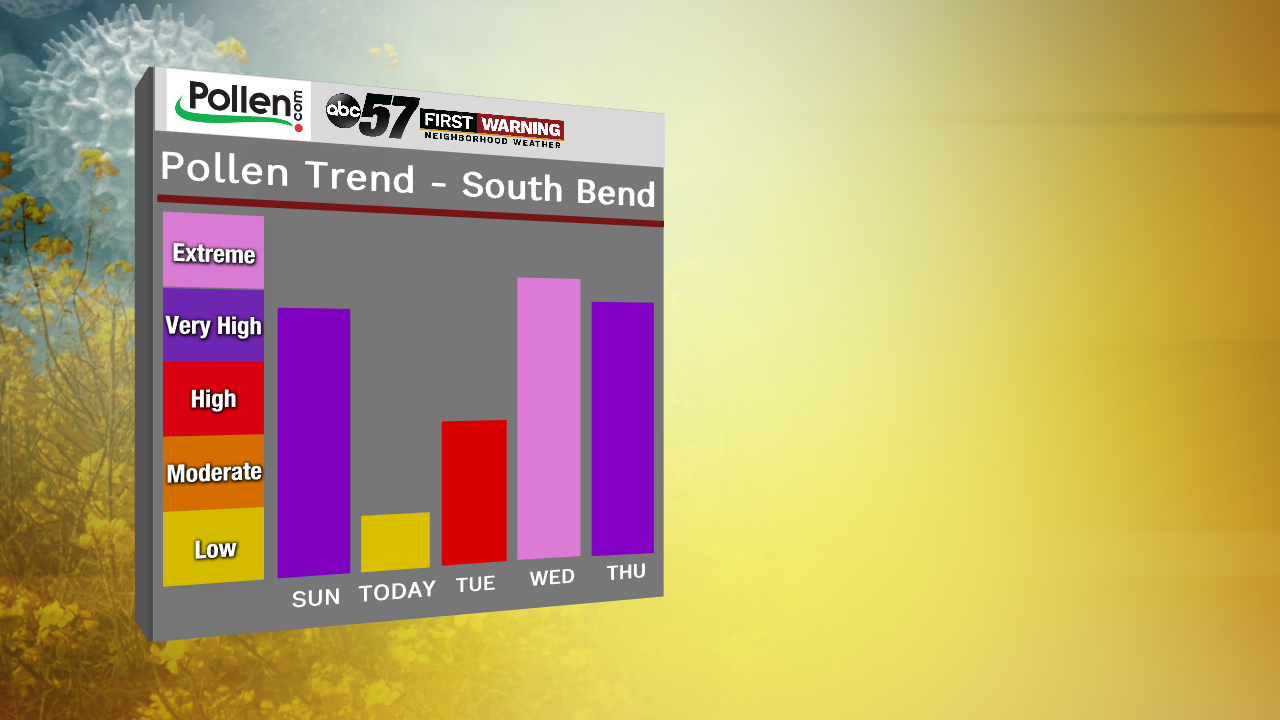 Michiana pollen forecast thru Thursday. pollen.com
While ragweed allergy season happens every year in August and September, it can be worse depending on the weather. Dry, mild and breezy conditions are the perfect recipe for ragweed to become highly to severely problematic. And that's exactly what we saw over the weekend.

That's why ragweed counts soared, and many throughout Michiana began suffering. The rain on Monday will help keep conditions tolerable through Tuesday morning before sunshine and breezy conditions send weed pollen counts to the top of the scale once again by Wednesday.