AM General layoffs extended until April 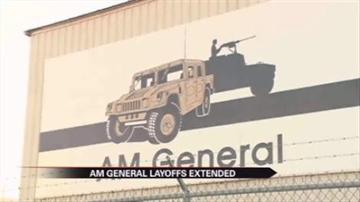 MISHAWAKA, Ind. — Employees at AM General will have to wait a bit longer before returning to work. Initially, laid off workers were told they would be allowed back in March.

Company officials now said that the timeframe has been moved to late April. About 400 workers at the plant were laid off back in December.

AM General is one of Mishawaka's largest manufacturing plants. No word yet if those layoffs will become permanent.