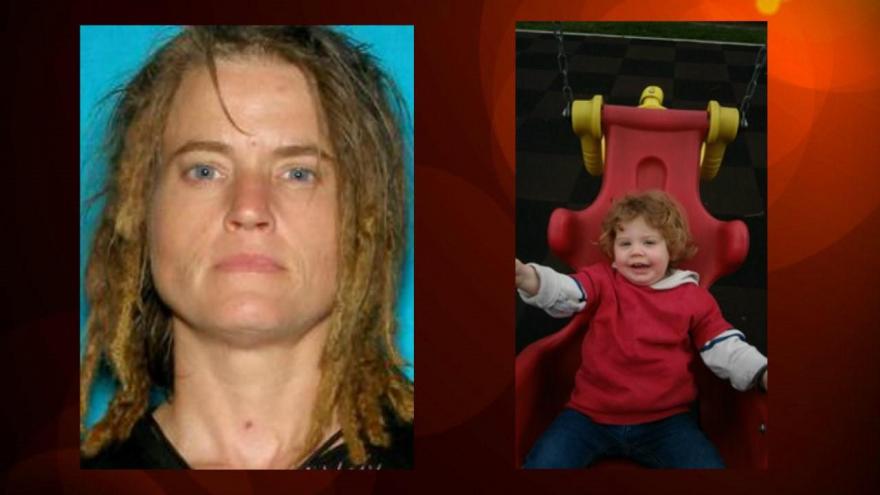 An AMBER Alert that was declared for a 1-year-old boy in Columbus, Indiana early Sunday morning has been cancelled.

Colombus police found the boy at the 3300 hundred block of Sycamore Drive.

His non-custodial mother returned to that address around 9:15 a.m. and was arrested and charged with interference of custody.

Indiana State Police say Solomon Rhoades was last seen around 8:30 p.m. Saturday in Hope, Indiana and is believed to be in extreme danger.

Solomon is described as a white male, 2'6" at 31 pounds, with blonde hair and blue eyes.

The child did not have any clothing on the last time he was seen.

Troopers believe the child was abducted by 43-year-old Andrea Rhoades. She is a white female, 5'11" at 201 pounds, with blonde hair and blue eyes.

She is said to be driving a gray 2003 Chevy Trailblazer with Indiana plates reading XVK543.

If you have any information regarding this alert, call 911.