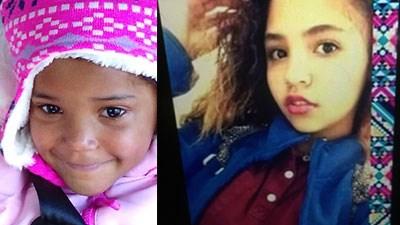 The Saginaw Township Police Department says the girls that were the subject of the Amber Alert in Michigan have been located.

The alert has been canceled.

No further details were released by police.

The Amber Alert was issued for 15-year-old Makayla Williams who left in the middle of the night with her 2-year-old cousin Mileah Hill.

At approximately 10:15 a.m. on Tuesday, Makayla attempted to pick up her 10-year-old sister from Jess Rouse Elementary School in Saginaw, Michigan, but she was unsuccessful.