Amelia Earhart and other mile-high mysteries 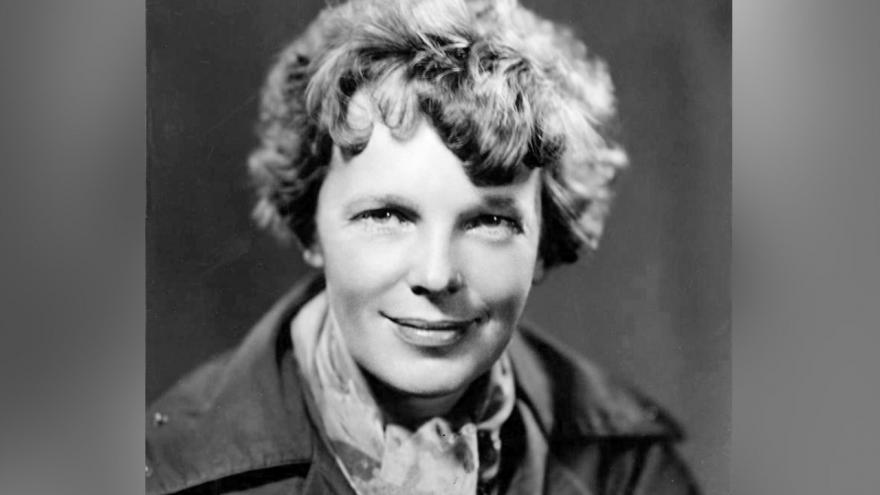 By Faith Karimi and Eric Levenson

(CNN) -- Eighty years after Amelia Earhart disappeared over the Pacific, a newly discovered photo aims to finally put the mystery of what happened to the famed pilot to rest.

A History channel documentary quotes experts who say the blurry image shows Earhart and her navigator Fred Noonan alive after their plane crashed in the Pacific Ocean. The pair disappeared on July 2, 1937, while attempting to fly to Howland Island.

Earhart, who had already become the first female pilot to fly solo across the Atlantic, was vying for the title of first woman to pilot around the world.

Since her disappearance, Earhart has been a figure of fascination, with professional and amateur investigators offering many theories on what happened to the daring pilot.

The photograph, recently discovered in the National Archives by former US Treasury Agent Les Kinney, allegedly shows Earhart and Noonan among a group of people on a dock on Jaluit Atoll in the Marshall Islands.

Publication of the image comes in advance of the network's two-hour special, "Amelia Earhart: The Lost Evidence," which airs Sunday.

The photo could support the documentary's theory that Earhart and Noonan crashed in the Marshall Islands and were captured by the Japanese military. This means the duo could have died in Japanese custody on the island of Saipan rather than in a crash landing, according to the History channel.

Of course, Earhart's disappearance isn't the first time a plane has vanished without a trace.

Here are six other cases of plane disappearances and disasters, some of which remain unsolved.

The Boeing 777 passenger jet vanished on March 8, 2014, about an hour into its flight from Kuala Lumpur to Beijing. There were 239 people aboard.

There was no distress call before it lost contact, changed course and began to spiral downwards over open water.

International search teams combed the Indian Ocean for months, but have found no clues. Three pieces of the aircraft found later do not explain what caused it to crash.

Aviation experts and government officials remain baffled over the mystery of the jet and the fate of its passengers.

The Airbus A330 passenger jet disappeared on May 31, 2009, as it crossed the Atlantic Ocean en route from Rio de Janeiro to Paris.

The plane's last communication with control center put its location two to four days by ship from the nearest ports, complicating search efforts.

It took almost two years before the bulk of the wreckage, the majority of bodies, and the voice and data recorders were recovered.

French authorities said ice crystals disrupted the system used to determine the plane's airspeed, causing the autopilot to disconnect. The plane plunged into the ocean.

A company-owned Boeing 727 vanished while flying from the Angolan capital of Luanda to Burkina Faso on May 25, 2003.

The plane, which reportedly sat unused for months before its unexpected departure, took off with its lights off and a dysfunctional transponder, according to Air & Space. Witnesses said the plane taxied erratically and did not communicate with the flight tower before takeoff.

There are conflicting reports on the number of people in the jet, but flight engineer Ben Charles Padilla is believed to be one of them. Some reports say he was alone, while others say three people were aboard.

The plane has not been heard from since. Its whereabouts are unknown to this day.

The plane made a rapid plunge of almost 14,000 feet in 36 seconds about 60 miles off the coast of Nantucket. It disappeared from radar about 90 seconds later without ever issuing a distress call.

Though its debris was later found in the Atlantic Ocean, speculation remains on what caused the crash.

Theories include a possible suicide by the pilot or co-pilot, complete with tales of a chaotic struggle for controls in the cockpit. Egyptian authorities have said a mechanical failure was to blame.

A British South American Airways (BSAA) Avro Lancastrian, nicknamed "Stardust," disappeared after taking off from Buenos Aires to Santiago on August 2, 1947. There were 11 people on board.

Minutes before touchdown, the aircraft issued a strange Morse code transmission: STENDEC. Then it vanished.

Searches for the missing plane turned up nothing for more than 50 years, sparking countless conspiracy theories, including alien abductions. However, the conspiracy theories ended in 2000, when the plane's wreckage was discovered buried in a glacier in the Argentine Andes.

All 11 people on board were killed in the crash. The message "STENDEC" remains a mystery.

Flight 19 refers to five Navy bombers that disappeared off the Florida coast on December 5. 1945.

A flight instructor flew one plane, and qualified pilots were in the others, according to the Naval History and Heritage Command.

Radio transmissions indicated that the instructor got lost when compasses malfunctioned over the Bermuda Triangle. Radio contact was lost before the exact problem was determined, and no traces of the planes were ever found.

Adding to the mystery, a search aircraft sent to look for Flight 19 also disappeared. The patrol plane, which took off later that day, has not been seen or heard from since.

CNN's Nadeem Muaddi and Paige Levin contributed to this report