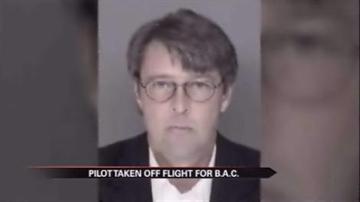 MINNEAPOLIS — An airline pilot was taken from the cockpit of his flight for having too much alcohol in his system.

An American Eagle pilot was removed from the plane in Minneapolis on its way to New York before passengers boarded the plane.

A spokesperson for the Minneapolis airport said a TSA agent smelled alcohol on his breath.

Airport police boarded the plane and gave him a breathalyzer.

Aviation experts said even a few drinks the night before a flight is too much.

"Airline pilots know that the level of responsibility is such that no alcohol at all in the bloodstream is the standard, and if your can't be sure that a drink the night before is going it completely metabolize out then you shouldn't have it," John Nance, aviation expert.

And federal rules back that up. They prohibit pilots from flying within eight hours of drinking alcohol.