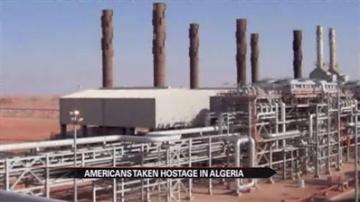 At least three Americans are being held hostage in Algeria.

ABC sources confirm that they were abducted during an attack on a BP oil field operated by the African nation.

Wednesday afternoon, the state department said three Americans were among the 12 taken hostage but was careful not to give any other information.

It is believed a number of British, Japanese and French nationals are also being held hostage.