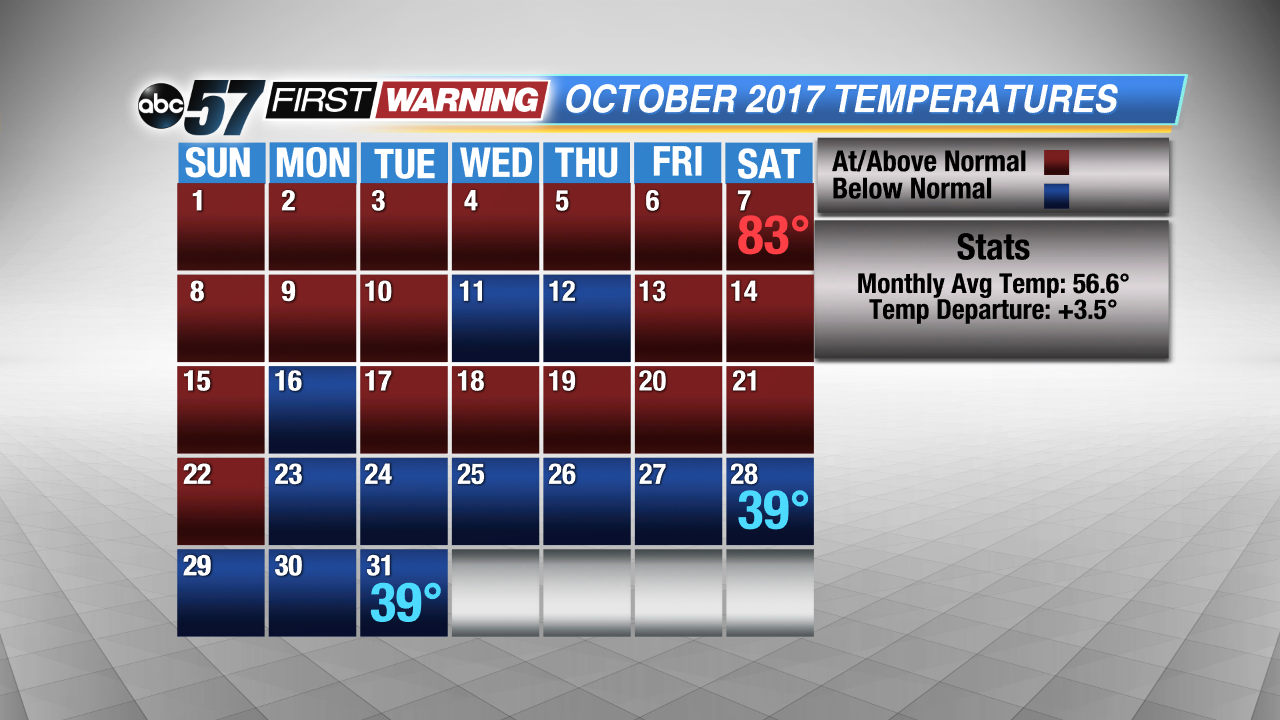 First, with our temperatures, it was a very warm start to the month with many daily highs in the 70s and even the low 80s. The 60s and 50s did return to Michiana by the middle portions of the month, but we still managed to stay on the warm side. However, the last nine days were spent well below average, where highs were as much as 18 degrees below average!

All in all, we managed to finish October a little warmer the side, most likely due to the long warm stretch that persisted well into mid-October.

Next, the rainfall. There was one day in particular that propelled our totals well past average and that was Saturday, October 14th. On that day, we broke the daily rainfall record after picking up 3.81" in 24 hours. The previous record was 2.12" recorded back in 1970. By the 31st, we received a little more than 9 inches of rainfall, where we normally see 3.32". It was the 3rd wettest October on record! 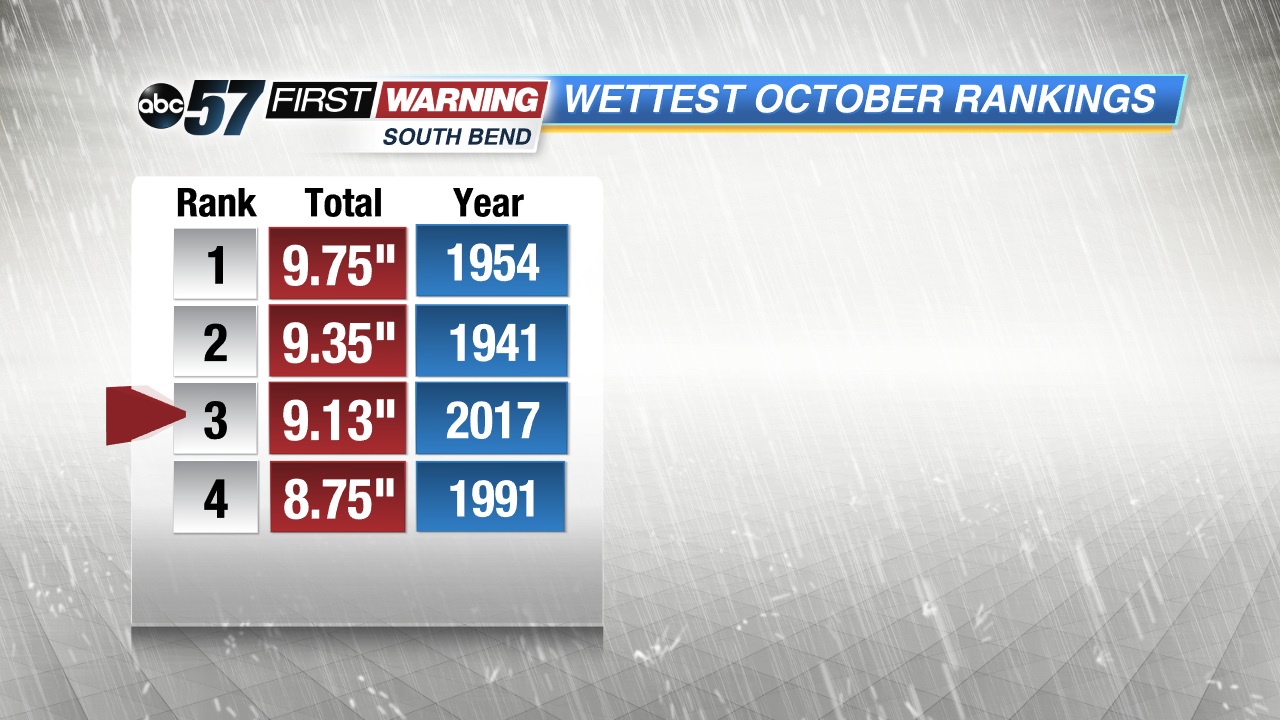 We weren't too far away from the number one and two spots on the wettest October list.