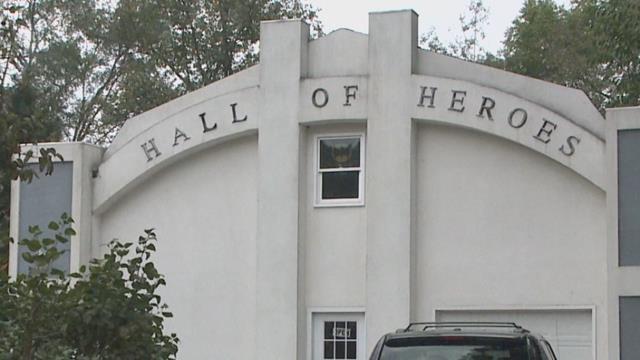 The world’s only superhero museum sits in an Elkhart backyard.

It’s called Hall of Heroes and according to Elkhart Mayor Tim Neese its one of the city’s best kept secrets.

But the museum’s curator, Allen Stewart, and Mayor Neese don’t want it to be a secret anymore.

The museum is preparing to make a move that could change the way Elkhart is perceived around the country.

It’s a one of a kind task, transporting thousands of pieces of superhero memorabilia from an Elkhart backyard to a larger facility.

“Boy, I don’t even want to think about that, gives me a headache,” said Stewart.

But before that can happen, Stewart needs some help.

“We’re looking for funding and we’ve been just the last couple of months working on acquiring funding reaching out to folks we think can help us,” said Stewart.

Fortunately for Stewart, Mayor Neese is on board.

“This is something the city council will have a substantial amount of involvement in,” said Mayor Neese.

A move to a larger location, wouldn’t just be a dream come true for Stewart, it would also give the city, a hallmark attraction.

“The phrase destination place is often overused but I think the uniqueness of this, the significance in terms of economic development, the amount of people on the toll road I just think it’s an ideal location,” said Mayor Neese.

For the last several months, Stewart has been mapping out a plan designed to give that plaza a boost, and bring people from all over the country into his one of a kind museum.

“We’re going to bring at least a hundred thousand tourist to em, we’ve got a marketing plan that’s gonna be billboards along the toll road, brochures at all the rest stops, TV commercials, just everything to bring both local and out of town folks to our new location,” said Stewart.