The college has officially made the switch to solar power thanks to a new solar installation on campus that is comprised of 1,502 panels across three locations.

Solar panels will now create about 70% of the power needed to run the college's buildings each year.

“We were looking at different ways we could reduce our environmental impact. Some of that is through conservation, energy efficient lighting, and another way is through renewable energy production,” said Adam Thada, the college’s Director of Ecological Partnerships.

Thada says that the drop in cost of solar energy has opened up more possibilities for private institutions like Ancilla to produce renewable energy.

According to the college, the new solar installation will save the institution over $100,000 during the first year that its in operation.

Beside monetary savings, the environmental impact is the chief reason the school made the switch.

“For the college, what this means is that it’s a very visible and large statement that we take environmental stewardship seriously,” Thada said.

The solar panels produce enough energy to drive an electric car across the country over 1,000 times, according to Thada. 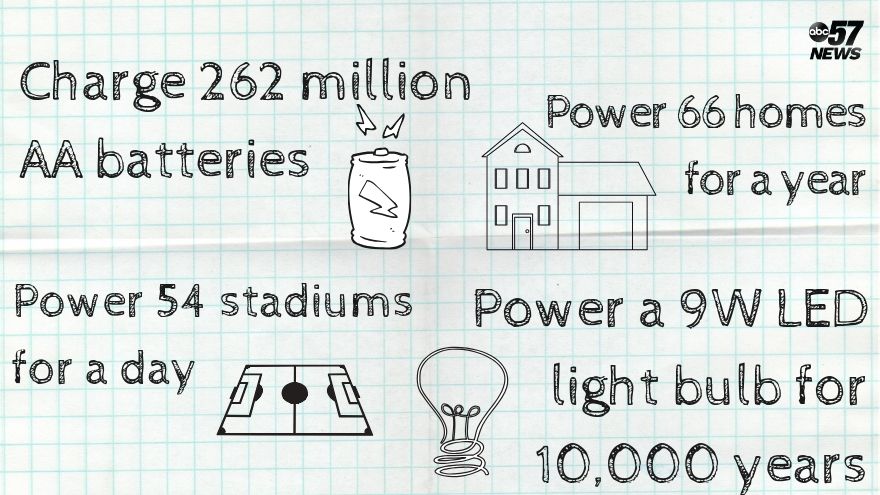 Students at Ancilla will be able to work with the solar energy during science courses this coming school year. Business students will also participate in a case study with the project as a whole.

“These students are coming in, 18, 19, 20 years old, they’re going to be the ones going out and inheriting the Earth from all of the decisions that we’re making,” Thada said.

Pollution avoided annually thanks to the new installation includes the prevention of about 562 lbs. of sulfur dioxide, 894 lbs. of nitrogen oxides, 34 lbs. of volatile organic compounds and 29 lbs. of particulates from entering into the environment, according to Thada. Over 300,000 gallons of water will be saved, too. 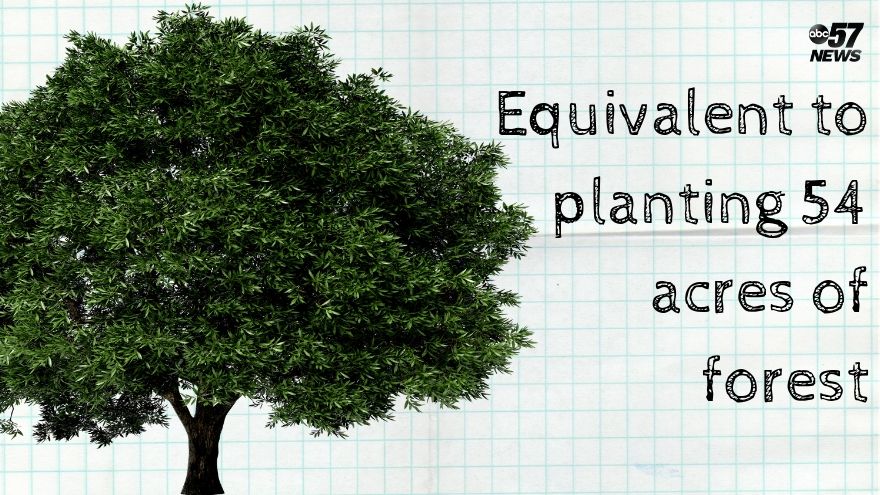 The new installation's environmental impact is equivalent to planting 54 acres of forest, according to Ancilla College.

Ancilla students moving in Friday will notice that one location of the installation is right in their residence halls’ backyard.

The system, designed to withstand winds up to 120 mph, is expected to last for over 30 years.

A ribbon cutting ceremony will take place at the college on September 23. More information on the event can be found here.

At the ceremony, attendees can learn more about how solar energy is used and set up.