Anderson in court for bond hearing 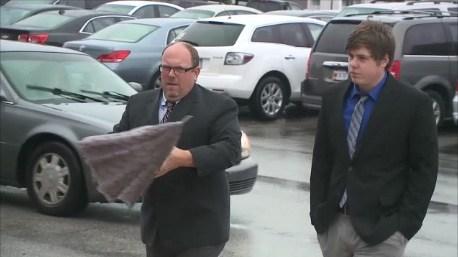 The teen pleaded guilty to criminal sexual misconduct earlier this year, but a judge vacated the sentence because the prosecutor violated the plea agreement.

Anderson, 19, will be resentenced by another judge.

The bond hearing was a result of the resentencing decision.

In court, the judge said Zach can be taken off the registered sex offender list in Michigan pending resentencing.

Zach will be free with restrictions after he posts $2,000 bond. He must be home between 9 p.m. and 7 a.m. every day. He can use a computer for school work, but no social media.

He cannot consume alcohol or drugs, be around anyone with drugs or in a place with alcohol.

He also must have no contact with the victim.

Zach is cautiously optimistic about the new sentencing.

"The biggest thing is ordering him off the Michigan sex offender registry so very happy with that. I mean the last six months we have been dealing with this since you know he's been out of jail being under the registry and all that stuff we should never have gotten to where we’re at today. So obviously very happy but you know it's not over yet so we just got to go through the process and be patient," said Zach's father, Les Anderson.

Les says they have received support from people all across the country from families facing similar issues.

"Nationwide we probably have over 300 messages from parents across the country, if not more. Some of the stories you read or just heartbreaking of other families going through this. This obviously brings awareness to an issue that sex offender laws nationwide need to be fixed," said Les.

The date for Zach's resentencing has not been set.