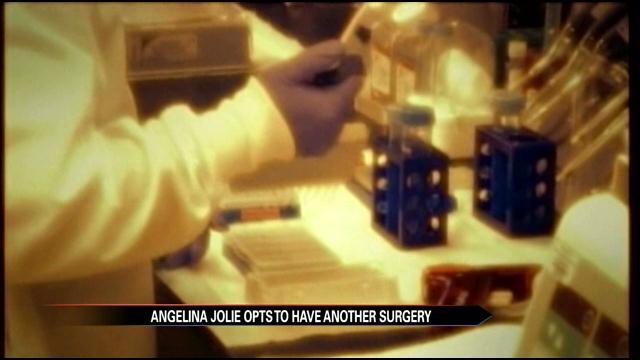 Actress Angelina Jolie's decision to remove her ovaries and fallopian tube has the medical community here in Michiana talking.

Dr. Infante has seen patients come in requesting screenings and leave with peace of mind knowing they're cancer free

The problem is those screenings are not covered by most insurance policies leaving women to pay thousands of dollars in medical bills.

He says patients can save money by knowing an accurate history of diseases in their families before seeing the doctor.

Read a full interview with Dr. Infante on everything you should know about preventative medical care below.

Would you have recommended Jolie remove those organs?

I believe in her case she tested positive for the BRCA gene. So yes, if you are positive for the gene and you are of a sufficient age—at least 40 years old—and you're not going to have any more children, then it would be recommended to potentially consider taking the tube and the ovaries out. If your risk factors are less, potentially you may not need to remove the ovaries, especially if you are younger, but you could potentially just remove the tubes at the time of sterilization.

What are the side effects removing the fallopian tube and ovaries?

So removing the tube is not the problem, that's where the idea prevention is for the cancer. But the issue is whether she then will need hormone replacement, whether she's going to have symptoms like hot flashes and all the other symptoms associated with menopause.

There's a chance she would experience menopause-like symptoms?

No, she would be menopausal as soon as she has her ovaries out. Let's say within a week of having those ovaries out, she might start having some of those symptoms. Some women do and some women don't.

Would you recommend women follow her trend of seeking preventative medical care?

For this type of testing and following up is recommended. The biggest issue is insurance companies. The problem is not all insurances are covering these BRCA screening tests and they're very expensive. We want to screen patients but they hold off on getting it because of costs. It can be very pricey. So that's where the mixed feelings come.

How much can a screening cost?

It can be in the thousands of dollars. And for a screening that's negative, that's great, but now you're stuck with the bill. Patients say, “I'm glad I know, but it's a huge amount of money.” So that's the other side of the coin. Now, there were times where it was covered or mostly covered and we've had some great success stories from it.

Would the surgery be covered?

Once you have the screening and your results come back positive for the gene, usually the surgery will be covered. You can argue with the insurance company you have a risk. The majority so far have been covered.

How can patients avoid potentially paying for something they don't need?

Usually the biggest need can be found in your history. Find out whether there's been a history of breast cancer in your family or a history of ovarian cancer in your family and get verification. There's misconceptions patients have about their family's history sometimes. Sometimes people will tell me their mother had a small biopsy. Well, in that case it wasn't actually breast cancer. It was suspicious but ruled out negative. You have to validate the history.

Anything else patients should know?

Overall discuss it with your physician whether it's a primary care provider or an OBGYN. Bring up the issue and have with you as much information about your family medical history as possible. The more accurate the information, the better the assessment.