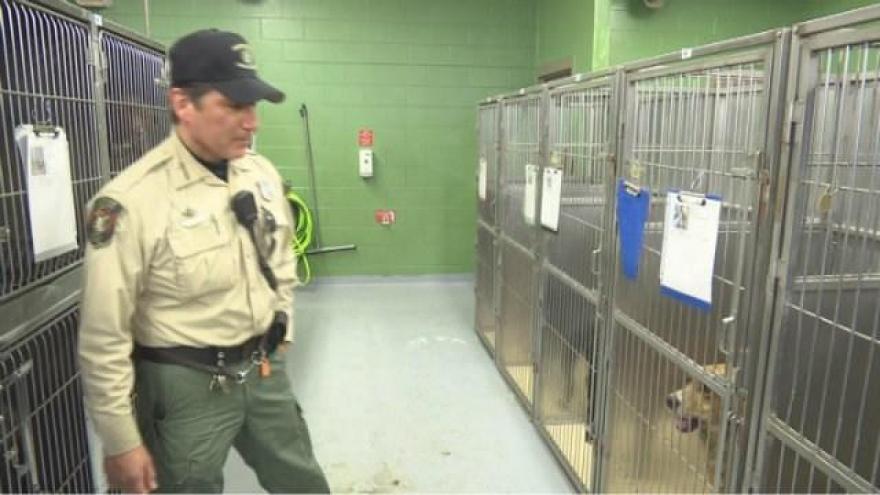 Saginaw County, Michigan -- It's a dangerous job, but someone has to do it.

Animal control officers in Saginaw County will tell you they have a job not many others would want, but carrying a gun will make it a lot safer.

As a first responder each call comes with the certainty degree of danger.

"You've got to be on your game and if you're not, you're going to get hurt," said Joaquin Guerrero, with Saginaw County Animal Care and Control.

He has spent his life on the front lines. He's been face to face with his fair share of criminals during his time with Saginaw Police.

Now that he is retired he deals with an entirely different beast as an officer for animal control.

"I've been bit a couple of times," Guerrero said.

Unlike his time with police, his only line of defense is the snare pole. He is not allowed to carry a gun and he believes that needs to change.

"I want to know that I'm going to be alive," Guerrero said.

Stoffel told the board it is only a matter of time before someone gets seriously hurt without a gun.

"For self defense, if they get themselves in trouble," Stoffel said.

Commissioners agreed to begin the process of looking into it.

Stoffel said it is not just dogs her officers need protection from, but officers often encounter even more aggressive animal owners.

"I want them to have another tool for safety," Stoffel said.

Guerrero said he knows there are risks of being on the front lines, but said this is an important last line of defense.