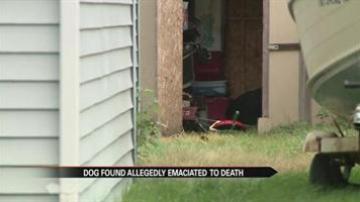 SOUTH BEND, Ind.-- Animal control is investigating an animal cruelty case and one suspect has been arrested.

Animal control said they received a call Wednesday night about an emaciated looking puppy so they came out to investigate, and found the dog dead.

Police arrested one woman at the scene on an outstanding warrant and pending animal neglect charges.

Brad Block said, “I came out to investigate and did find a deceased puppy on the property that was in very poor body condition.”

Animal control officers said two other suspects will be questioned for animal neglect as well.

Block said, "I know this will be forwarded to a detective because it could be felony level neglect.”

Neighbors said the dog appeared to be starving and sickly.