Animal 'selfies' will change your view of the animal kingdom forever 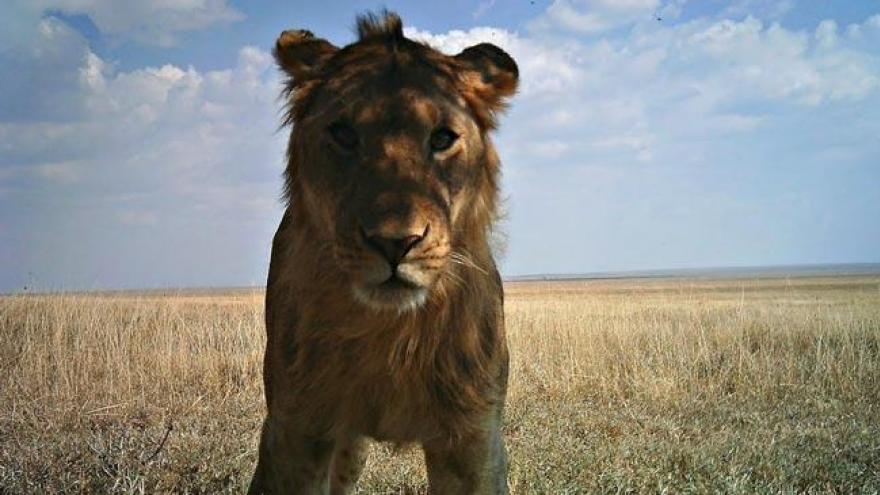 By Daisy Carrington for CNN

(CNN) -- As it happens, selfies can make for good science.

Alexandra Swanson, a carnivore researcher and former doctorate student at the University of Minnesota, set up 225 camera traps over 1,000 kilometers of the Serengeti National Park in Tanzania as part of her dissertation. The cameras have been continuously taking pictures since 2010, and have captured 1.2 million stealthy animal "selfies" in what is the largest camera tracking survey to date.

"My plan was to use camera traps to monitor a number of different species across the landscape," she says.

More specifically, she wanted to study how larger carnivores interacted with smaller carnivores. She didn't bargain on how difficult it would be to sort through all the images.

"What I didn't anticipate was quite how many pictures these cameras would produce. I found myself drowning in image data," she says.

Initially, Swanson used 40 undergraduate volunteers to help her sort through the data, but found even that number wasn't enough to make a dent.

"We very quickly fell behind, even with a small army of volunteers," she says.

That's when she got the idea of crowd-sourcing the momentous task. With the help of a colleague, she listed her project, Snapshot Serengeti, on Zooniverse, an online platform for citizen science projects. More than 40,000 volunteers -- most with non-science backgrounds -- helped her identify each animal.

"By classifying these images, our volunteers made valuable contributions to research that we couldn't do otherwise," she says.

Her online denizen of volunteers have been able to classify the data with 97% accuracy she says. For starters, each image is shows to several different volunteers.

The camera footage has allowed scientists to answer "bigger and more complex questions" about how different species interact in the Serengeti, says Swanson.

"One of the coolest things was to see how lions, cheetahs and hyenas are dividing up the landscape," she says. The three groups all vie for the same habitat hotspots, she notes, though lions are usually exceptionally aggressive towards other carnivores.

"What we found was that they were using the same areas, but cheetahs showed up a few hours after lions left... sort of like a timeshare."

Swanson says the research could potentially provide them with a broader picture of the world's largest mammal migration -- that of the 1.6 million wildebeests, gazelles and zebras who cross the Serengeti each year. It is assumed that the animals are moving towards more nutrient-rich volcanic soil.

"On a much finer scale, though, we don't understand how they make their decisions movement to movement. By combining the camera trap data with rainfall data, we are trying to map that migration in more detail and understand why they do this on any given day."

Traditionally, scientists have relied on radio and GPS collars to track animals in the wild.

"Those provided a lot more information about where animals are, but are expensive, so you could only put them on a few animals at a time," says Swanson, making the scope of the data small-scale. Transect sampling (estimating animal populations by counting some across a set distance) requires so much human effort that they're often only carried out annually.

By comparison, the method of combining camera traps with citizen science has flooded the world with hitherto unavailable data about animal habitats.

"The cameras provide constant capturing of where these animals are," says Swanson.