Another nor'easter threatens just days after the deadly 'bomb cyclone' 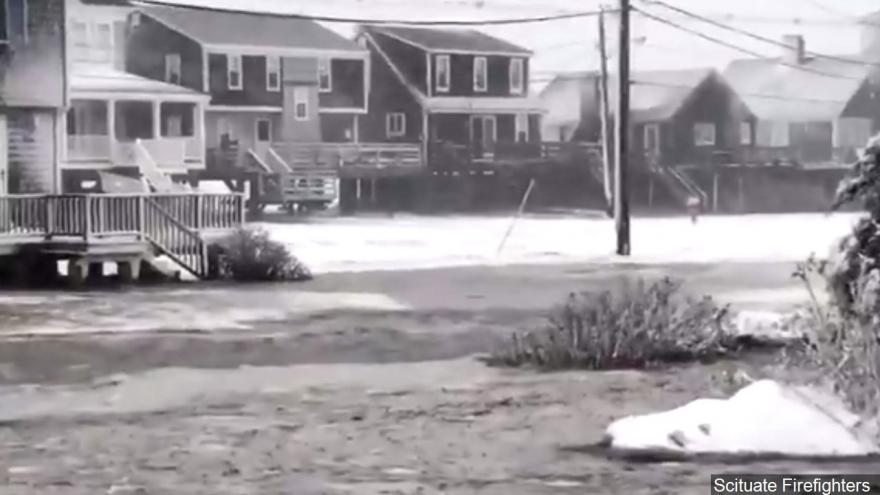 (CNN) -- A strong winter storm is pummeling the Midwest on Tuesday and threatening to deliver gusty winds and heavy snow to the Northeast, where crews still are working to restore power to more than 100,000 customers after the weekend's deadly "bomb cyclone."

Snow and wind warnings continue across the Northern Plains, where a foot of snow has fallen and gusts have exceeded 40 miles per hour, CNN meteorologist Dave Hennen said.

As energy from the storm pushes east, more than 40 million people from Philadelphia to Boston are under winter storm watches or warnings, Hennen said. The warning area for Tuesday night extends to cover New Jersey, Connecticut, Rhode Island, Massachusetts, Vermont, New Hampshire and Maine, according to the National Weather Service.

Snow is expected across the region Wednesday morning, with peak precipitation midday Wednesday into the evening and on Thursday, when gusty winds and snow will mostly impact New England, including the northern Appalachians, Hennen said.

I-95 likely to divide rain and snow

Intestate 95 is likely to serve as a key dividing line, with areas to its east mainly getting rain and points west due to get as much as 2 feet of snow, Hennen said.

That means places separated by just 15 miles across I-95 could see a huge difference in snowfall totals, CNN meteorologist Judson Jones said. For instance, New York City could get between 8 and 12 inches of snow while Westhampton, New York, could get half that amount, Jones said Tuesday.

Philadelphia was due to get 4 to 6 inches of snow, though even a slight shift in the weather pattern could boost that forecast to 8 to 12 inches, he said.

The storm also will pack wind gusts of 30 to 50 mph, a far cry from the 90-mph gusts recorded in some places over the weekend, Hennen said. Still, the wind could impede efforts to restore electricity from the mid-Atlantic to New England, where at least 100,851 customers still lack power, according to area power companies.