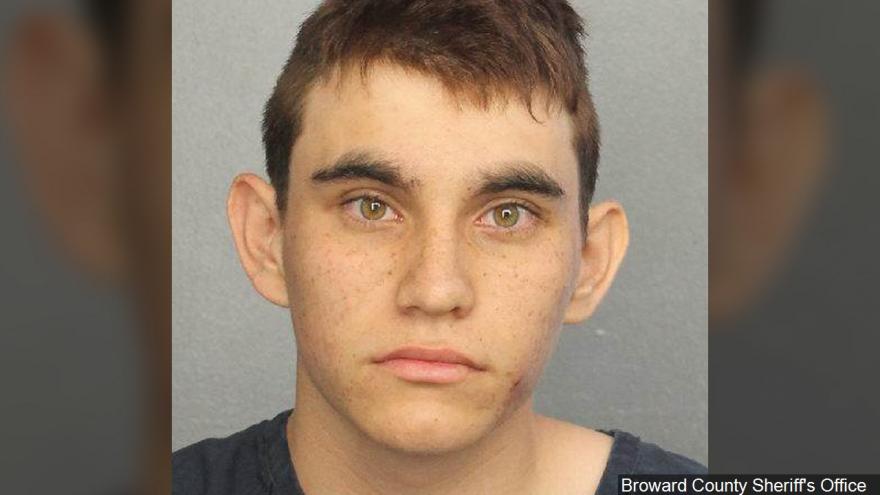 Law enforcement and state and federal officials spoke to reporters Thursday about the latest developments in Wednesday's deadly school shooting in Parkland, Florida. Here is some of the newest information:

• The FBI in 2017 received information about a comment on a YouTube channel that read: "I'm going to be a professional school shooter," with no other information, said Rob Lasky, special agent in charge of the FBI's Miami division. The FBI did a database review but couldn't identify the person who wrote the comment.

Earlier, a law enforcement official told CNN on condition of anonymity that the FBI received at least two alleged threat reports about Nikolas Cruz, the man accused of committing Wednesday's shooting. One of those was about the YouTube post about being a professional school shooter, the source said.

• President Donald Trump says he is making plans to visit Parkland to meet with families and local officials.

• Florida Gov. Rick Scott said he will have conversations with state leaders next week about "how to make sure individuals with mental illness do not touch a gun." "If someone is mentally ill, they should not have access to a gun," he said.

• Scott said he also will discuss how to make sure that parents know their children will be safe at school.

• "The violence has to stop. We cannot lose another child in this country to violence at a school," Scott said.

• Broward County schools superintendent Rob Runcie said that "now is the time for this country to have a real conversation on sensible gun control laws in this country." He also said real funding for mental health support was needed.

• Runcie praised school athletic director Chris Hixon, who died in the shooting. Hixon gave his life "for our kids and probably helped prevent this from being a worse tragedy," Runcie said.

• Pamela Bondi, Florida's attorney general, said the government will be helping with hospital bills and funeral bills and will provide counseling to those affected.

• The families of the 17 people who died in Wednesday's shooting all have been notified, lsrael, the sheriff, said.

• The suspect, Cruz, 19, will make a court appearance Thursday at 2 p.m. ET at the Broward County courthouse, Israel said.

• "I'm going to be very animated about what I think this country can do to possibly prevent these tragedies in the future," Israel said.

• "Copycat threats" have been made at other schools, and anyone found to be making hoax calls will be prosecuted to the fullest extent of the law, Israel said. "We will respond to every threat. ... We will respond in full and investigate it." Anyone responsible for fake threats will be charged accordingly for doing something "so horrific, so pathetic," he added.

• The bodies of some victims are still at the school, Israel said. Authorities' focus is on the "successful prosecution of this killer," he said. "We want to go fast, but we're not going to rush it. We want to get it right."

A gunman unleashed horror at his former high school in South Florida on Wednesday, authorities said, slaughtering at least 17 unsuspecting students and adults and leaving the country asking why another school massacre has happened yet again.

The suspect, Nikolas Cruz, 19, allegedly gunned down students and staff with a rifle at Marjory Stoneman Douglas High School in Parkland shortly before 3 p.m. after activating a fire alarm, sending people outside unaware of what was to come, officials said.

He fired shot after shot outside and then followed others running back inside the building, where people who'd heard the shots were taking shelter, officials said.

There, he roamed the halls he knew so well, allegedly targeting those huddled in classrooms and then blending in with the students and staff evacuating the school. He was arrested in the neighboring community of Coral Springs later in the day, the Broward County Sheriff's Office said.

Cruz had once been expelled from the high school over disciplinary problems, Broward County Public Schools Superintendent Robert Runcie said, without providing specifics.

The young man now stands accused of committing one of the 10 deadliest mass shootings in modern US history. He has been charged with 17 counts of premeditated murder, the sheriff's office said.

At least 14 injured people were in area hospitals Thursday.

"This has been a day where we've seen the worst of humanity. Tomorrow is gonna bring out the best in humanity as we come together to move forward from this unspeakable tragedy," Runcie said.

Former classmates said they were not surprised at the identity of the suspected shooter. Cruz loved showing off guns, student Eddie Bonilla told CNN affiliate WFOR.

"We actually, a lot of kids threw jokes around Iike that, saying that he's the one to shoot up the school, but it turns out everyone predicted it. It's crazy," Bonilla recalled.

"He always seemed like the unstable type, the type who would do this sort of thing," Azar told WFOR. "He was always in trouble. ... He had that look to him, kind of sinister."

Investigators identified Cruz from school security videos before arresting him in Coral Springs, according to police.

At first, students were confused because there had been a fire drill earlier that day. Investigators believe the suspect pulled the fire alarm to draw people out of classrooms and increase the number of casualties, a law enforcement source told CNN

When some students and teachers rushed out of the building, the massacre began. Others scurried back into classrooms as the school went into code red, signaling an active shooter.

Some texted goodbyes to loved ones, fearful they wouldn't make it out alive. Others posted social media images of chairs overturned in classrooms and floors stained with blood.

Survivors described hearing anguished cries of the wounded. Kelsey Friend, a freshman, said she heard her teacher being shot dead in the doorway of their classroom while she and classmates hid near the teacher's desk.

Moments earlier, they had left the room for the fire alarm, but returned after hearing gunshots. The teacher unlocked the door, allowing students to get back in, she said.

"I had ran in, thinking (the teacher) was behind me, but he was not. ... I heard the gunshots, and I heard the shooter walk down the hallway.

"When we were all piled up by the desk ... my friend said, '(The teacher) is not moving. He is laying in the doorway.'"

Until that moment, she'd hoped it was active-shooter drill, with police officers firing blanks, "until I saw my teacher dead on the floor."

In one cell phone video, a student cried, "Oh my God! Oh my God!" as gunshots popped in rapid succession in the background.

By the end of the rampage, 12 people were killed inside the building, two outside and one on the street. An additional two people shot at the school died at the hospital, Sheriff Scott Israel said.

Beyond the bodies and blood lay piles of backpacks and dropped cell phones, some still ringing as desperate parents tried to reach their children, a source told CNN.

Authorities have not released the identities of the victims, but they include 17 adults and children.

Football coach Aaron Feis was among the dead, according to the school's football program and its spokeswoman, Denise Lehtio.

He threw himself in front of students as bullets flew Wednesday at his alma mater. It would become perhaps the final act of this assistant coach and security guard, who suffered a gunshot wound and later died after he was rushed into surgery.

"He died the same way he lived -- he put himself second," Lehtio said. "He was a very kind soul, a very nice man. He died a hero."

Loved ones posted photos of missing students on social media, seeking their whereabouts.

"This is Jamie Guttenberg a student a Stoneman Douglas High. If you see her please have her call her parents ASAP. Praying for all of the families and kids," Michelle Wiseman Kredi posted on Facebook.

The suspect used a .223 caliber, AR-15 style firearm in the shooting, which he bought in the past year after passing a background check, a source told CNN's Evan Perez.

But questions are emerging about whether potential warning signs were seen in Cruz's behavior and on social media postings.

Police are investigating Cruz's digital footprint -- including a variety of gun and violence-related postings on social media sites --and what they've found so far is "very, very disturbing," Israel said.

Cruz had been adopted, but his adoptive mother died in November -- and the family of someone he'd met at the high school allowed him to stay at their home, said Jim Lewis, an attorney for that family.

That family knew he had a gun, but "they had it locked up, and believed that that was going to be sufficient, that there wasn't going to be a problem," Lewis said.

Asked if the family had seen troubling signs, Lewis said they "saw some depression" over his adoptive mother's death.

"Obviously, he'd lost his mom. But they helped him get a job at a Dollar Tree store. They got him going to an adult education so he could try to get his GED and he seemed to be doing better," Lewis said.

CNN asked Lewis on Thursday whether the host family knew of any mental illness beyond depression.

"Nobody saw this kind of aggression or motive in this kid, that he would do anything like this," he said.

Kathie Blaine, a cousin of Cruz's adoptive mother, said he was adopted and she had never met him.

The adoptive mother -- her cousin Lynda Cruz -- died in November of pneumonia, while his adoptive father passed away years ago, according to Blaine.

The school is closed for the rest of the week, Runcie, the superintendent, said. The district will offer grief counseling to students and their families.

The shooting has revived debate over gun control.

Congressional inaction is to blame for this latest school shooting, according to US Sen. Chris Murphy, D-Connecticut.

"This epidemic of mass slaughter, this scourge of school shooting after school shooting, it only happens here not because of coincidence, not because of bad luck, but as a consequence of our inaction," Murphy said in an address to the Senate on Wednesday. "We are responsible for a level of mass atrocity that happens in this country with zero parallel anywhere else."

Wednesday's shooting is at least the fourth at US middle and high schools this year. It comes more than five years after the deadliest such shooting -- at Connecticut's Sandy Hook Elementary School, where a gunman killed 20 children and six adults in December 2012.

Parkland, with a population of 31,000 in 2016, was named Florida's safest city last year. It had seven reported violent crimes and 186 property crimes the previous year, an analysis said.