App helps to identify sex offenders in your neighborhood 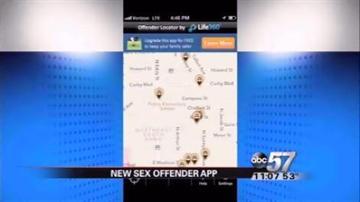 SOUTH BEND, Ind.-- A new app can tell you where criminals are in your area.There are several sex offenders just feet from Perley Elementary School and Coquillard Park in South Bend.

One father whose child goes to Perley Elementary school was upset when I showed him a sex offender lives across the street.

George Parks said, "My heart really sank because like I said, my kids are my number one.”
Parks said he was going to download the Life 360 app which will allow him to keep track of where his children are.

Life 360 also has a sex offender app that allows you to see if any of your neighbors on the sex offenders registry.

Parks said he’s upset that they are allowed to live so close to the school and his house.

But if those offenders are not on parole, they are not breaking the law.

Parks said, “Their urges never leave. Anything could trigger it like if they get mad at someone and I’ve heard them talking about rerouting kids so they start walking to school if they live less than a mile and these are things you’ve got to worry about.”

Autumn Jones says while information is power, sometimes scary to know exactly who your neighbors are.

Jones said, “There’s a lot of children that run around here without adult supervision. It’s easy for them to get snatched.”

Another unique feature of the Life 360 app is that with just a tap of your finger you can send a panic alert to your family if you’re ever in any danger.

The app is free to download on smart phones.