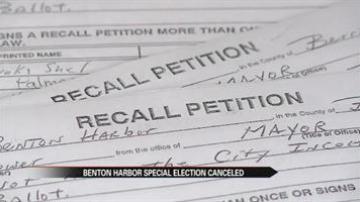 GRAND RAPIDS, Mich. --The Michigan Court of Appeals has ordered the Berrien County Clerk to remove the mayoral recall election from the November 4th ballot.

The decision was finalized Thursday in an order signed by presiding judge David H. Sawyer.

Judge Dewane determined the first instance of a duplicate signature should be counted and subsequent signatures by the same person should not.

The judge counted a total of 407 signatures on the recall petitions, which exceeded the number of signatures necessary to prompt a recall election.

Judge Dewane ordered the recall election to be on the November 4 ballot.

I respect the decision of the Michigan State Appellate court.  Given that the fault line in this case was the First Amendment the ghost of the late Economist Gunnar Mrydal and his monumental study "An American Dilemma: The Negro Problem and Modern Democracy" cast a shadow over the ruling.