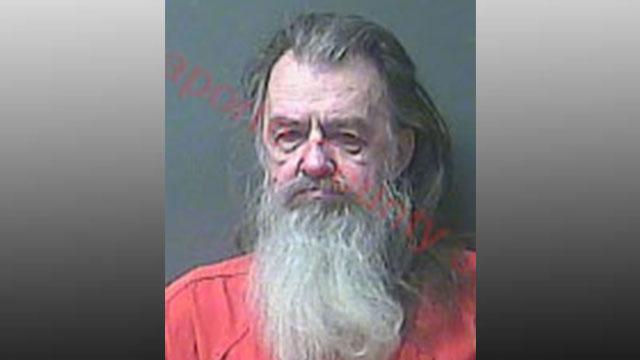 The man whose release from prison prompted a press release from Long Beach Police in La Porte could be released from jail again after the Indiana Court of Appeals overturned his conviction for failure to register as a sex offender.

On July 17, 2015, Long Beach Police issued a notice to residents to use caution around Richard Dobeski, who had just been released from prison. He had convictions for child molesting, possession of child pornography and the murders of two children.

On July 23, 2015, Dobeski was arrested by the Marion County Sheriff's Office at the Central Library in Indianapolis. He was arrested for failure to register as a sex offender.

When Dobeski was released from prison at 11:15 a.m. on July 16, he had seven days to register as a sex offender with the police agency nearest his new residence.

Dobeski was arrested between 2 and 2:30 p.m. on July 23 because he had failed to register within seven days.

The state interpreted "days" as being 24 hour periods beginning the moment he was released from prison. Therefore, on July 23 at 2 p.m., he had not met his requirement to register within seven days, according to court documents.

Dobeski argued the statute gave him seven full calendar days to register, which means he had until midnight on July 23 to register.

The trial court sided with the state's interpretation of the law.

The appeals court cited trial procedure and state laws that show when a date is to be calculated the first day is excluded and the last day is included.

"These rules and statutes clearly express the general rule in Indiana that when computing the time for performance of an act which must take place within a certain number of days of some triggering event, the day of the triggering event is not included," the judge wrote in the decision.

Dobeski had until the end of the calendar day of Thursday, July 23, 2015 to register as a sex offender, according to the court, the court ruled.

Dobeski was transferred from the Marion County Jail to the La Porte County Jail on October 20, 2016, before the decision was made.