April cold and snow updates: did we set any records?

NOW: April cold and snow updates: did we set any records?

We've been on a weather rollercoaster this spring. We quickly climbed through the 70s then 80s earlier this month, then dipped below freezing overnight this week. Is this normal April weather, or record-setting?

Having a frost or a freeze in mid to late April isn't uncommon for Michiana. In fact, on average, the last freeze date doesn't happen until April 29. It is common to have a freeze in May, just like we did in 2020. 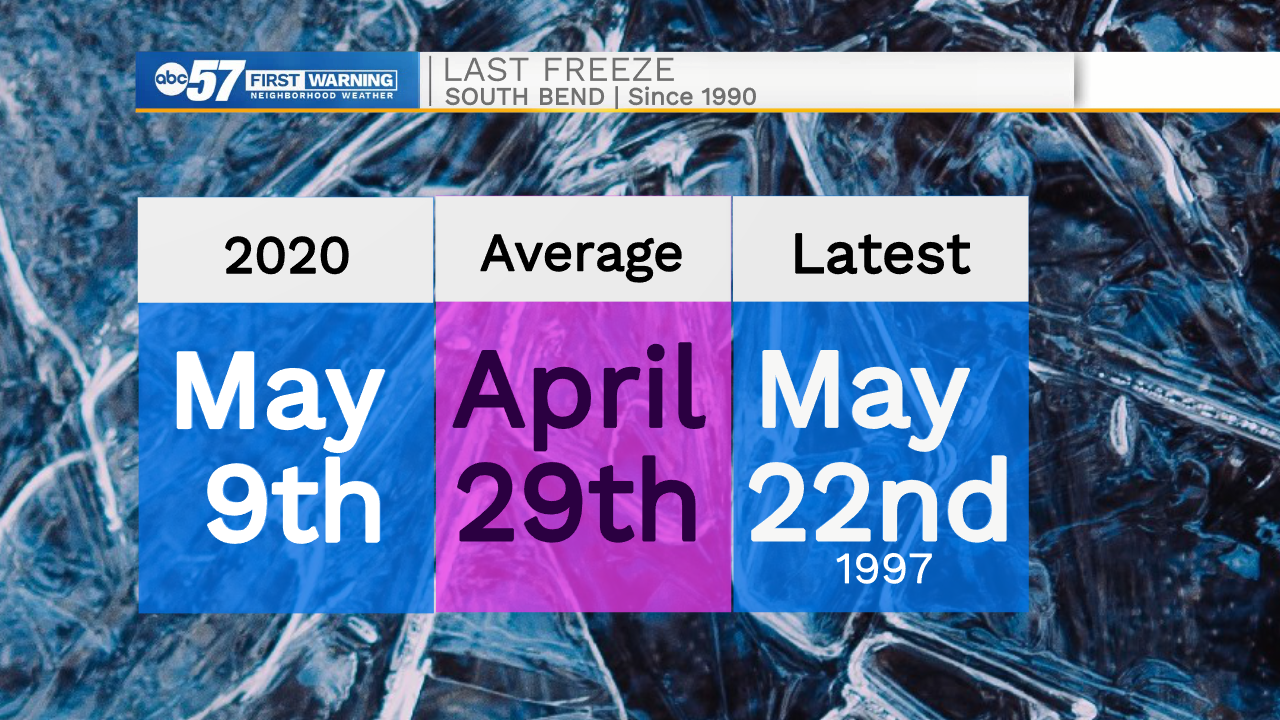 We did not set any temperature records, but we came close to the record low for April 21. Morning temperatures dipped into the mid 20s, but not quite to the previous record of 22 degrees. 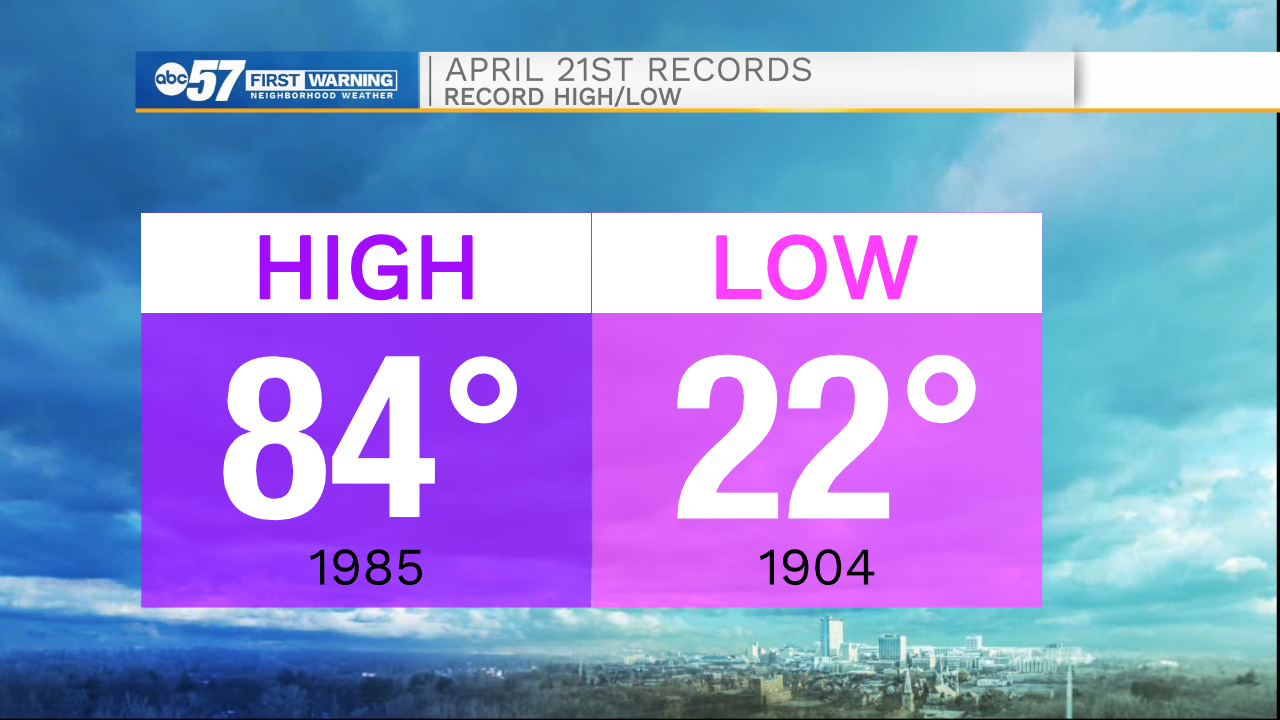 The daytime high record of 84 degrees is just here to taunt us - there's no sign of the 80s in the forecast right now.

The other talk of the town has been April snow. It isn't uncommon to have snow this month. What is uncommon is a lot of snow accumulating on the ground.

In spring, ground temperatures are warming and the sun angle is higher in the sky. Accumulating snow can be difficult. This is why previous snow records seem relatively low.

The most snow for April 20 was just 0.9" set in 1953. Even though it seemed like it snowed for a lot of the day yesterday, we didn't accumulate much. Just 0.2" of snow in South Bend, so we did not break a record. 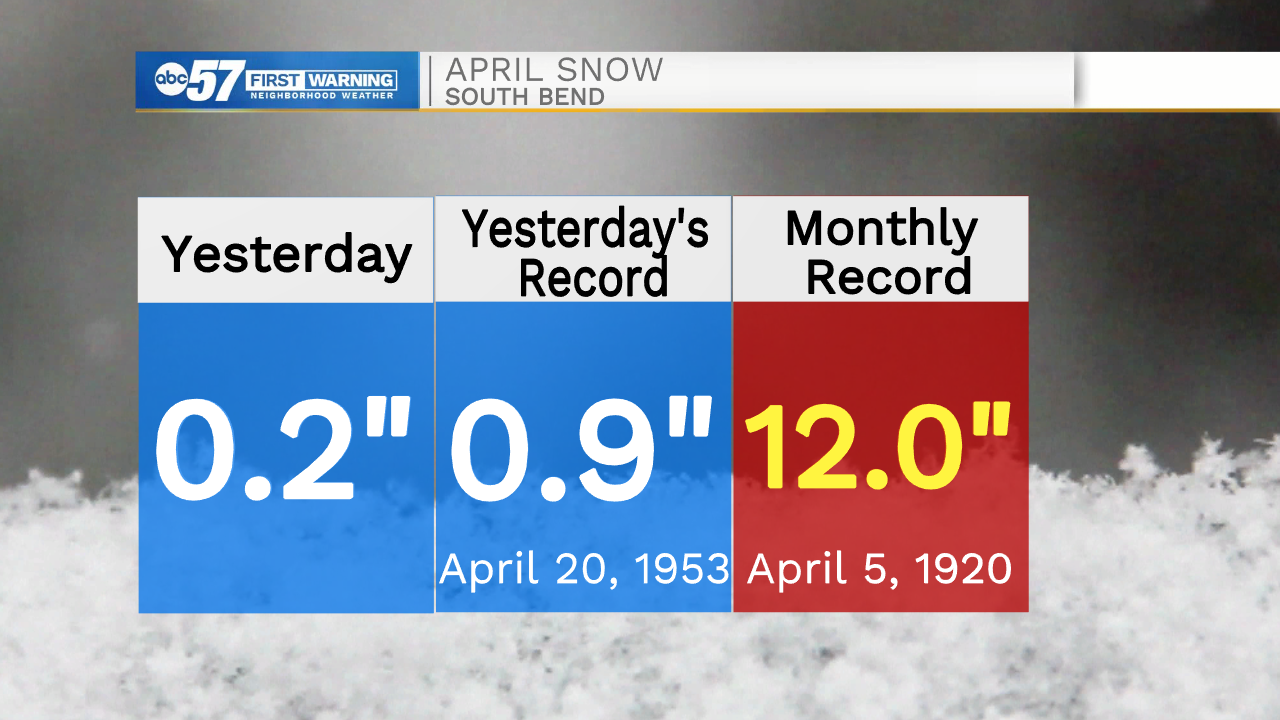 For April 21, we'll continue to see some snowflakes, but we likely won't break the previous record of 0.5" from 1936. 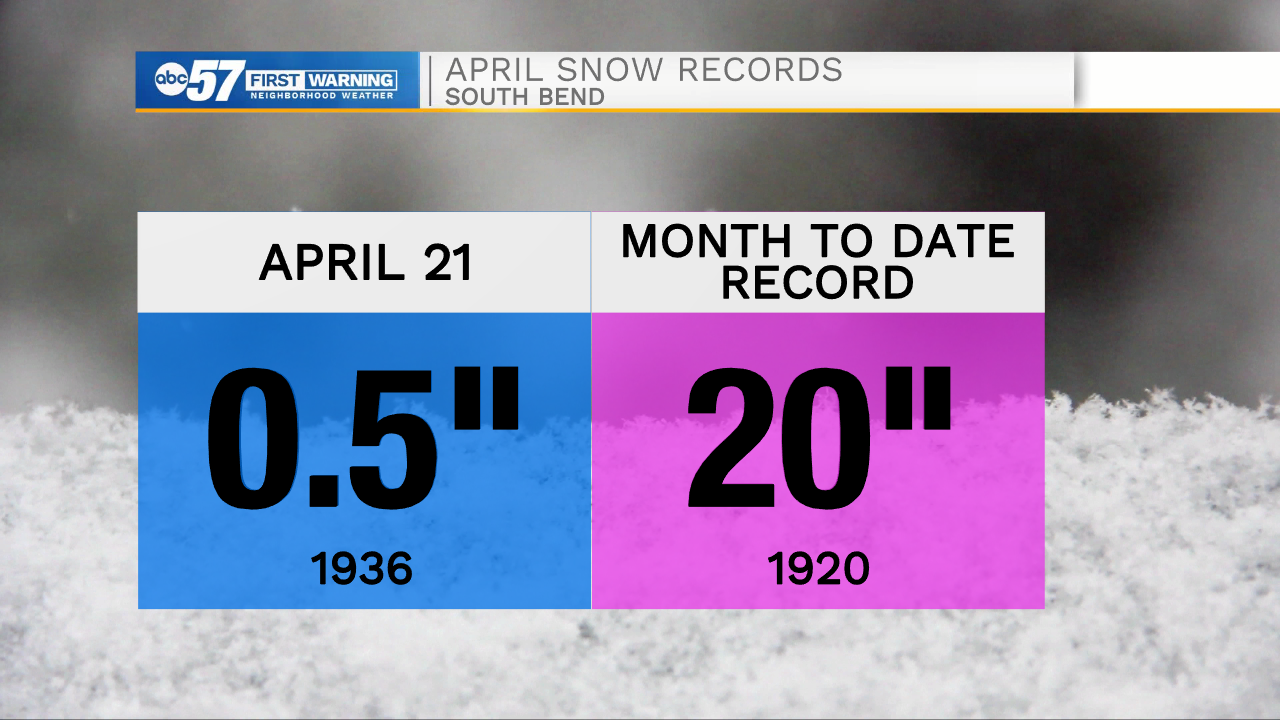 Looking at the rest of the forecast, we do face another freeze tonight. From there, temperatures are on an upward trend heading into next week.