April precipitation is anyone's guess, but don't count out snow

After below normal precipitation in February and March across Michiana, there isn’t a lot of clarity on what to expect during the month of April in terms of rain and/or snow.

With our recent rounds of overnight rain, South Bend is up to 1.25 inches of rain so far in April 2020. As of April 7th, that rainfall amount is running ahead of schedule. 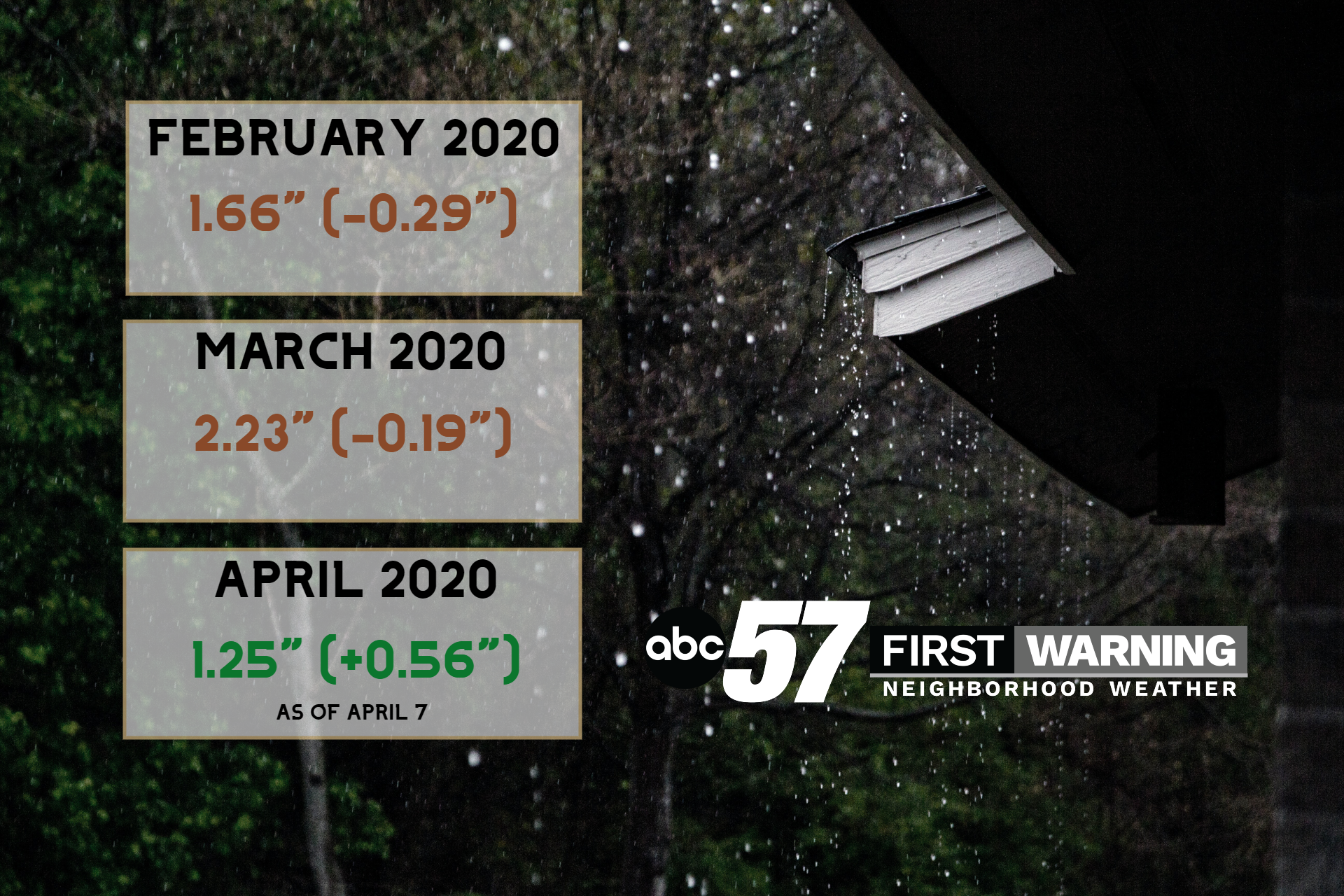 The Climate Prediction Center puts out monthly precipitation outlooks as well as forecasts for 6-10 days out, 8-14 days out, and for weeks 3 and 4 from a particular point in time. 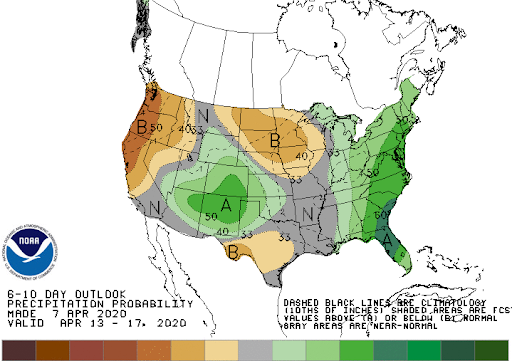 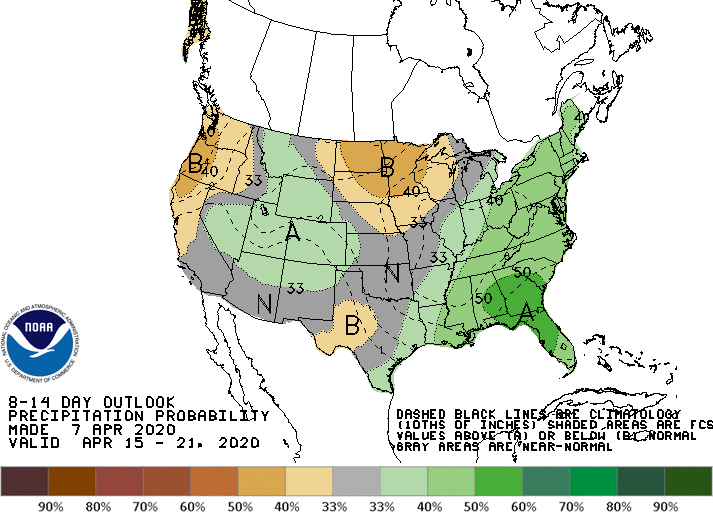 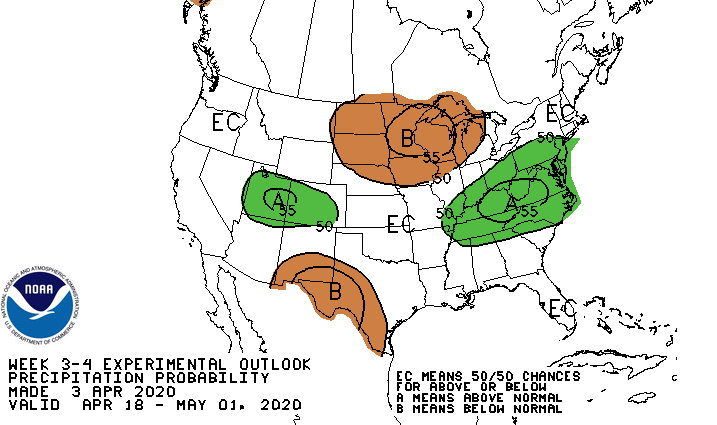 The bad news is as of April 7, Michiana is stuck in the middle with no clear signal in either direction. In the short term, there is a slightly better chance of above-normal precipitation across the area, but confidence is relatively low.

In situations like these, it’s important to know what our climatological normals are for a particular month. A typical April brings South Bend about 3.25 inches of rain.

Below you can find a list of April precipitation for the last five years in South Bend. The wettest year of the bunch was 2019, when almost 5 inches of rain fell locally during the month of April. 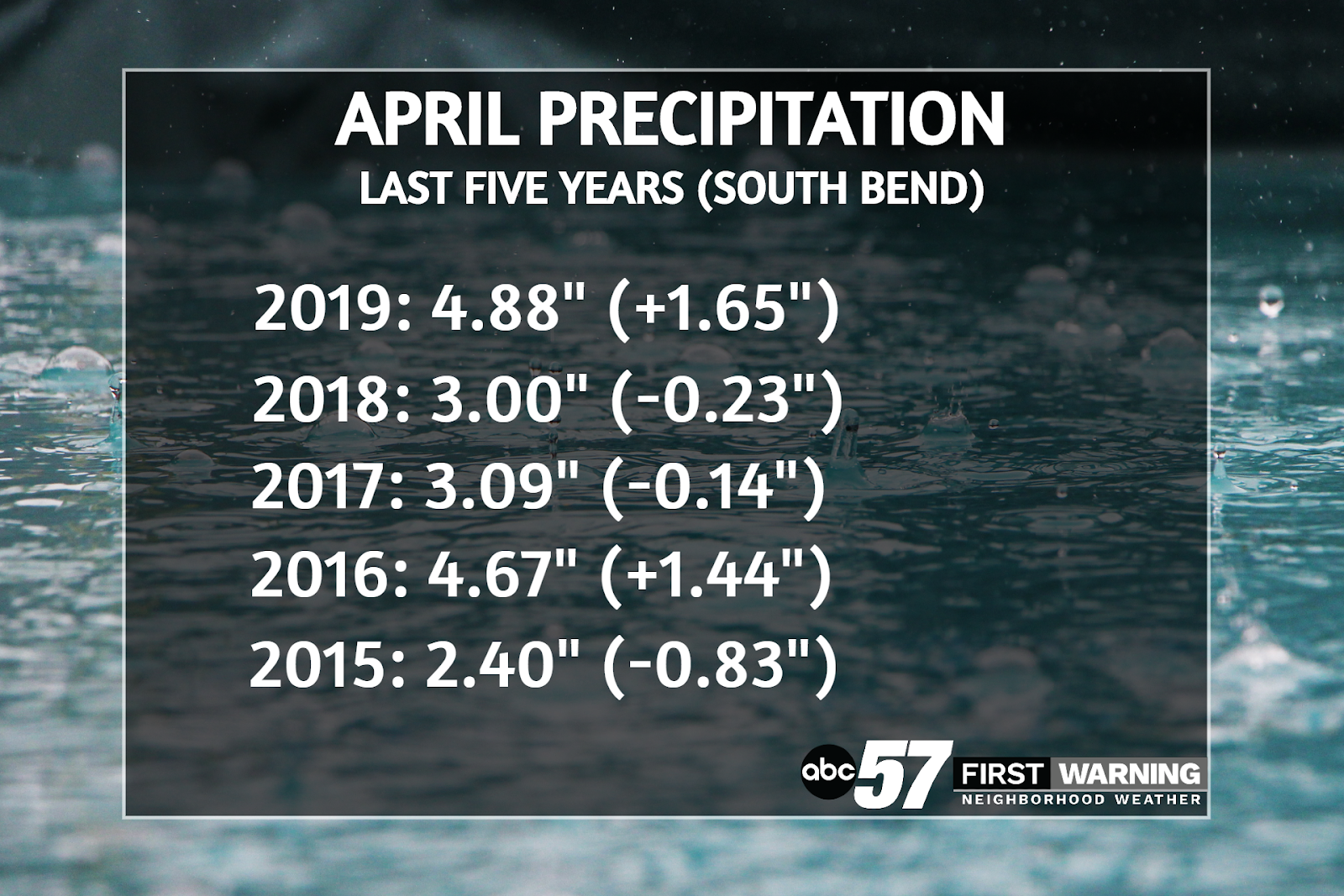 In a typical April, Michiana does pick up a little bit of snowfall. Between 1-2 inches of snow falls every April on average. You can look at the recent normal April snowfall for the region below. 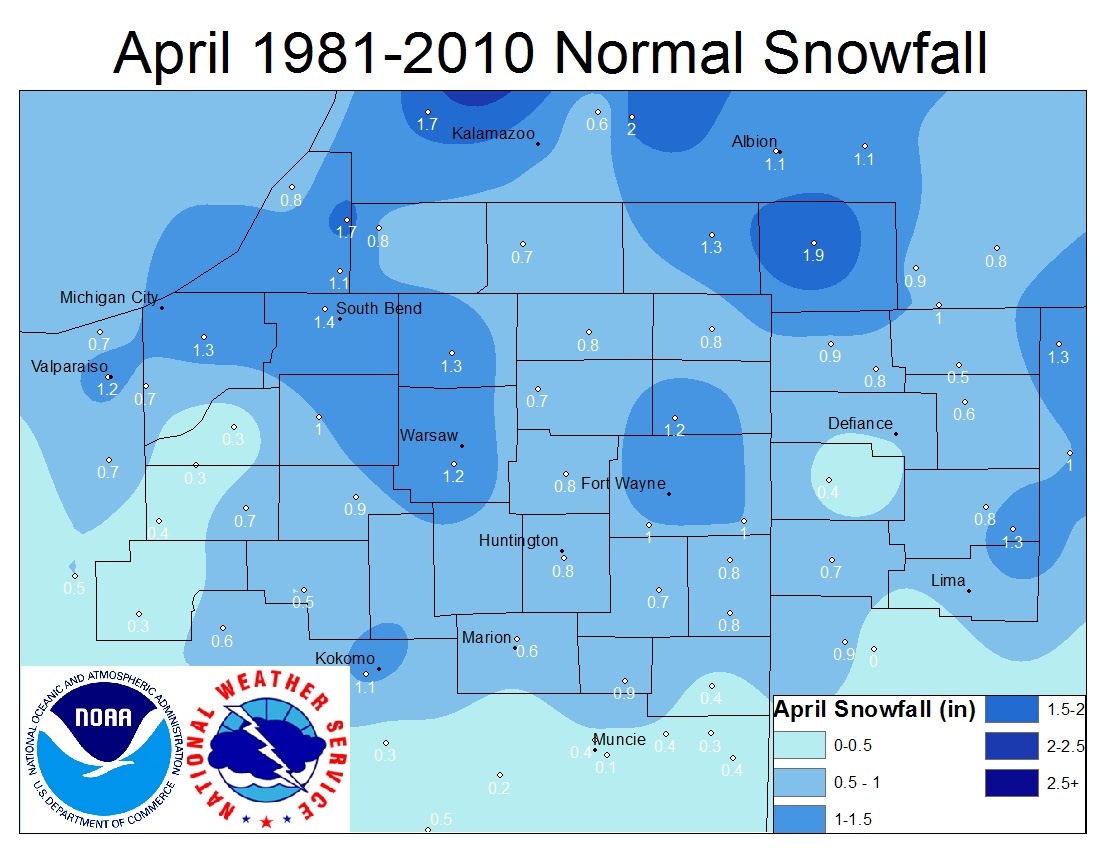 Recently, measurable April snow has been more likely than not across Michiana. South Bend has received measurable snowfall each of the last four years. April 2016 is the recent snowfall winner, with more than 4 inches of snow falling that month in South Bend. 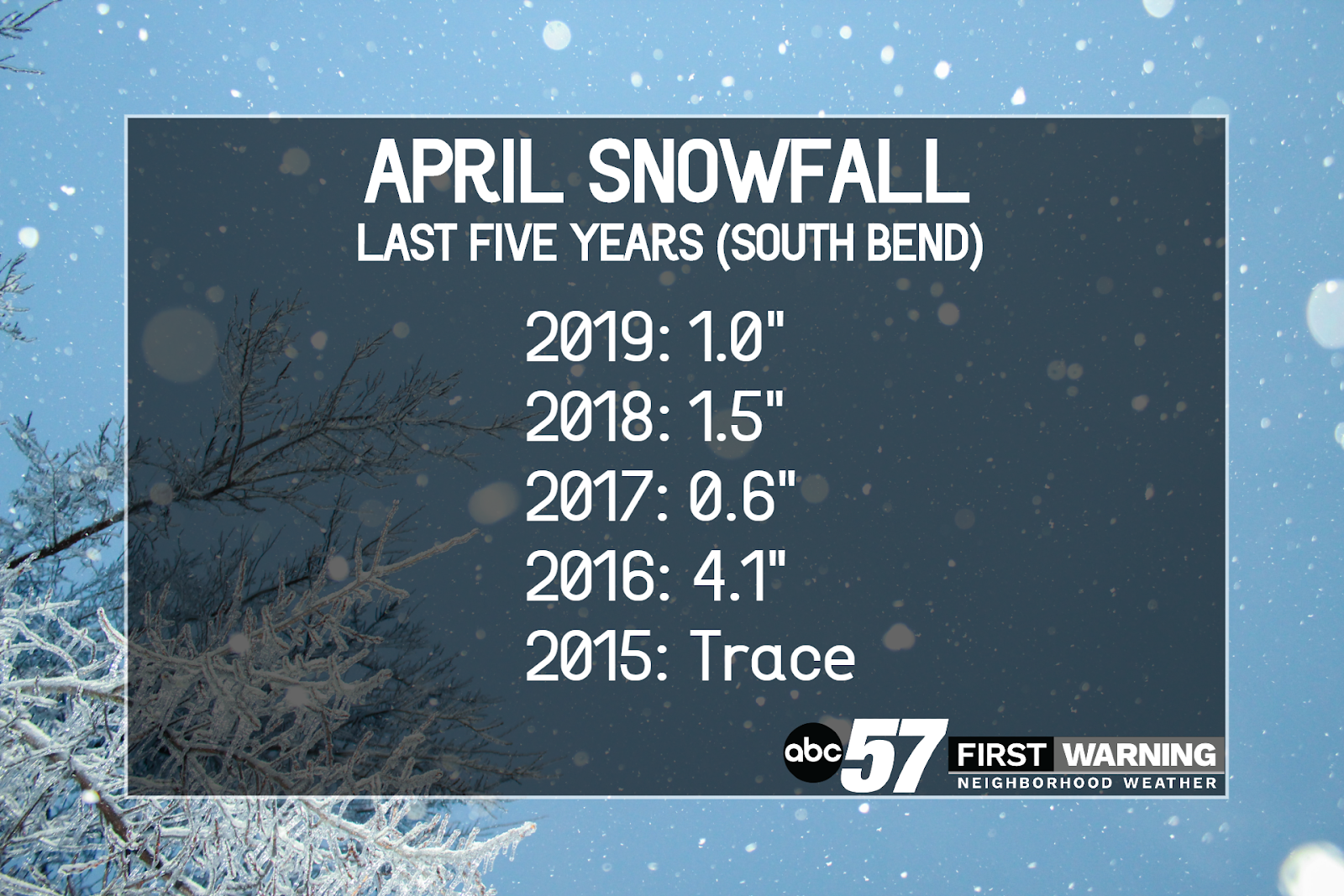 While there may not be a lot of clarity in regards to April precipitation, above-normal precipitation is likely heading into the start of summer.